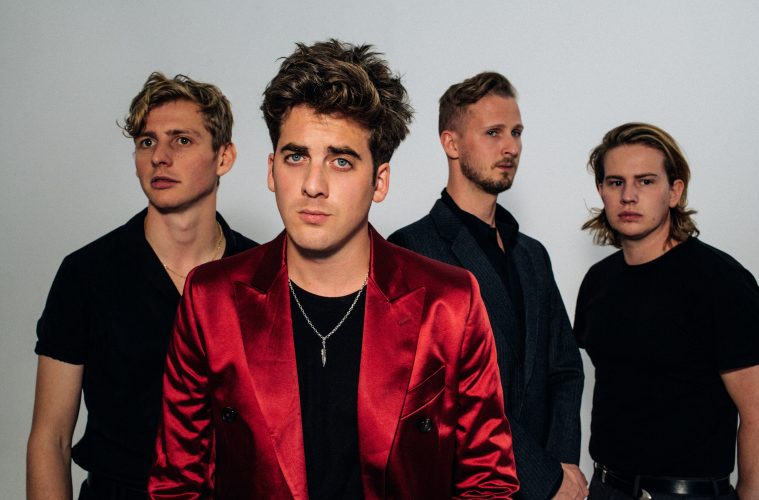 Circa Waves share self-directed video for ‘Me, Myself and Hollywood’

Ahead of the release of their third album ‘What’s It Like Over There?’, Circa Waves have shared their new track ‘Me, Myself and Hollywood’ along with accompanying video.

Last month, Circa Waves announced their highly anticipated third album which was written within 1 month. Sitting right at the heart of their ‘Character based’ album is new track ‘Me, Myself and Hollywood’ while it touches on the band’s love of R&B, there’s an unashamed guitar line trojan horse that could only have been created by Circa Waves. Fully-loaded with their signature drama and juggernaut top line, ‘Me, Myself and Hollywood’ is available to stream below.

The new track is based on characters Kieran was seeing around the States while on tour who he felt belonged in songs. This lit the fuse for both Kieran and Joe directing the music video in and around LA, showing all the glitz, glamour and even true grit of Hollywood life.

“If you want something done properly do it yourself!”, yelled Kieran down the Phone to Joe.
Joe taking everything Kieran says literally decided he’d like to direct the next Circa Waves video. So with a small amount of optimism and a bucket load of grit they took the 12-hour flight and created a handheld masterpiece that only they could have made. A video spanning the nice to the not so nice parts of Hollywood Joe captured what it’s like to be lost in the most famous city in the world. Most of the time illegally shooting and in doing so running from street to street to avoid police and angry shop owners Circa Waves made something truly personal and cinematic.

‘What’s It Like Over There?‘ sees them throw off all creative shackles, creating a body of work that refuses to stay still. Produced by Alan Moulder (Foals, The Killers, The Smashing Pumpkins), it fuses the visceral thrill of rock music with a slick pop sound, its themes of modern ennui, emotional fragility and all the inside-outs and upside-downs of relationships making it a record that could only have been made now.

The album’s release on April 5th will be followed by a 9 date nationwide tour, with a landmark show at London’s Roundhouse set for the 9th.

WHAT’S IT LIKE OVER THERE? – Track Listing
What’s It Like Over There?
Sorry I’m Yours
Times Won’t Change Me
Movies
Me, Myself & Hollywood
The Way We Say Goodbye
Be Somebody Good
Passport
Motorcade
Saviour