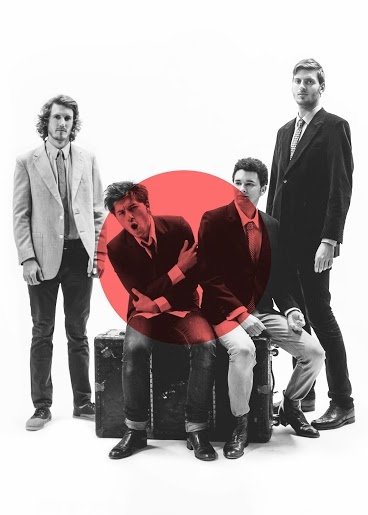 RYL: Few months ago you released the new album “Circulation” ; lyrically speaking, what does it represents for you? How was the reaction of your fans on the new songs?

JPNSGRLS (jpnsgrls.com): “Circulation” lyrically speaking was written over a period of six years. So it has the genuine frustrated thoughts and love letters written by my sixteen year old self giving it a genuine angsty adolescent twist that can’t really be faked. 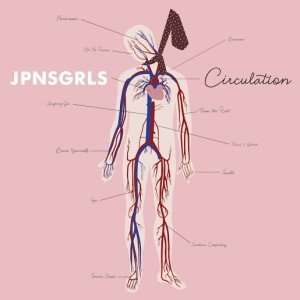 But the record also has a more mature political and social voice on songs like ‘Tennis Shoes’ and ‘Brandon’. And for whatever reason drugs and alcohol are written about a lot on this record. The Sharkweek EP is great in its own way but for me the major difference is that on Sharkweek the lyrics all pretty much had the intention of “hey you! notice me! look at how clever I am!” and on “Circulation” it felt more like “I hope you enjoy this”.

The fans have been overwhelmingly positive. It’s been unreal. There was actually a cool moment when a girl on Facebook or Twitter posted our song ‘Brandon’ and said it was the soundtrack to her cutting all her hair off and dying it because she was inspired by the opening line of the song is “Brandon wants to cut her hair but she’s scared”.

Little things like that have occurred along the way and really cemented that the fans are warming to this album.

RYL: Among the new songs released is “SMALLS”….What inspired its lyrics?

JPNSGRLS: ‘Smalls’ is written about teenage exploration of trying new things and living life to its fullest / “there’s more to life than getting used to death” / contrastingly, it’s also about my two friends and their addiction to anti-depressants who told me they hardly recognized themselves anymore and how they wanted their old selves back.

The line /you’re killing me smalls/ is a reference to one of my favorite movies as a kid (The Sandlot) but it has another meaning, these small orange pills are taking my life away.

JPNSGRLS: I don’t know if there’s a common meaning in the songs so much as common themes. Imagery of specific body parts and clothing and hyperbole and metaphors involving animals are included in pretty much every song.

RYL:  Do you remember how you wrote “Southern Comforting”?

JPNSGRLS: That song took me a year to write in total. I was 19 and my girlfriend was visiting me where I lived for the summer in New York City.

So in our little apartment with my tiny half-broken travelling guitar I wrote the chorus about her, specifically about the first time we hooked up and how enchanting she was and how it was a beautiful day and it was the middle of the afternoon so we went across the street to the park to smoke some of her cigarettes after.

I then wrote the first verse about my insecurities of how she had a line-up of suitors I could lose her to.

Then I got writer’s block and I scrapped the song for a bit and then me and that girl broke up. I realized that the second half of this song was about alcohol and the positive and negative effects it had on her and I and the relationship.

With an extra line thrown in there about how I felt her friends never liked me. 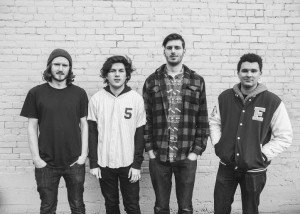 JPNSGRLS: Melody usually comes first for me followed almost instantly by the first couple of lines of lyrics. It’s meticulous and it’s line by line.

It is really important to me that the syllables fit in the structure of the melody I’m writing.

I try to avoid cliches and rather than sitting down and saying “I’m gonna write a song about blank” I kinda just try and get out of my own way and let the words flow and tweak it so it has meaning later.

JPNSGRLS: I’m not sure if it’s the best verse I’ve ever wrote but I really love the line in ‘Brandon’, (a song written about the tragedy of Brandon Teena)

“She’s such an outdoorsman she kissed her out of boredom and left her out of sorts when she took it with a grain of salt. / So find the one you love and tell them that you do and try to be yourself I know that it’s confusing.”

RYL: Which is your favorite song (of the new album) to play live?

JPNSGRLS: ‘Southern Comforting’ I think. Really any song that people can sing along to easily.

I’m not crazy about my singing voice but when it’s one of many voices singing along it gives me the greatest feeling on the planet.

RYL: Let’s go back to the album “The Sharkweek”… the song “Monarch Butterfly” is our favorite, what is the meaning behind its lyrics?

JPNSGRLS: Well first off, thank you for saying so. It is also one of my favorites. I wrote that one in New York City too.

The broken travelling guitar I was playing had this folksy nature-themed guitar strap that belonged in Sherwood Forest with little butterflies flying on it.

So my guitar strap actually inspired the first line. The verses are pretty much a tribute to my favorite city (New York!).

And the opening line of the bridge is a tribute to a friend of mine named Oliver who died of leukaemia at age 18.

His death made me realize that my life was such a fucking gift and he inspired everyone he met to be a better person.

RYL:  You will be touring East Coast very soon, tell us more about it…..

JPNSGRLS: We have organized this incredible tour around the fact that we are playing two big showcases. Two shows in toronto at Canadian Indie Week and two in NYC for CMJ.

It is all so exciting and we can’t wait to line ’em up and knock ’em down! (attached are the links to all the tour dates.)

JPNSGRLS: They all have their charms and flaws. But for me, playing to a thousand strangers in Bilbao Spain and winning them over when The Sharkweek EP had just been released is pretty fucking hard to beat.

It was the first time a large group of people wanted to take a picture with me since my prom. It was incredibly flattering and the people of Bilbao make for great audiences and its pretty much a scientific fact that at least for JPNSGRLS a great audience makes for a great show.