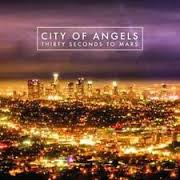 Taken from their last album “Love, Lust, Faith and Dream” released in 2013, “City Of Angels” was written by their singer Jared Leto and published as first single.

Jared described the lyrics as very personal, indeed the song is dedicated to Los Angeles, “City of Angels”, it talks about the story of him and his brother going to Los Angeles to try to succeed and to make their dreams finally true.

In a interview apparently he said: ” It’s a love letter to that beautiful and bizarre land” but he also said that anybody can take these lyrics and dedicate them to the special place of their life…it doesn’t matter.

Which is your special place?