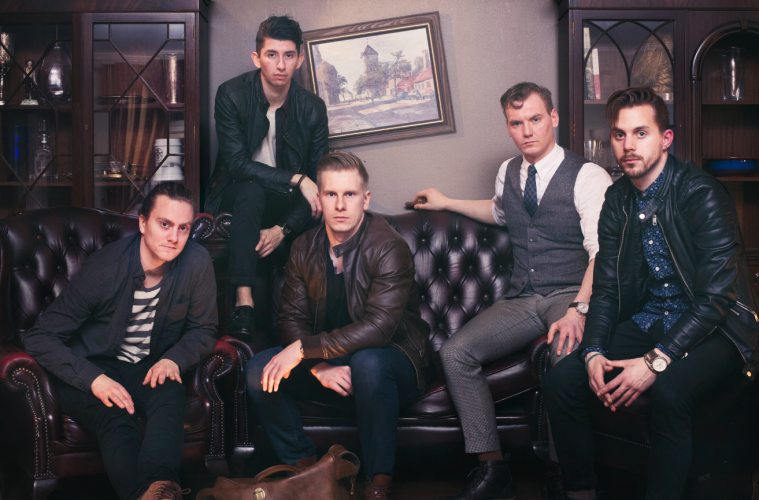 City Of Lights – Interview with The Golden Leaves

It starts with an idea, like a sentence or a theme, and then the ball starts rolling. Most times one of us write the whole song alone, and then work further with the other band members. That way the “story” gets told like the writer intended, but still the song has “The Golden Leaves-touch”.

No, never. The people whom actually listens to the lyrics never know what is true and what is fiction.

The Fall, written by the lead guitarist Javier, is one of the most meaningful songs we have.

What inspired “Rebel” from your latest album “City of Lights”?

“Rebel” is a song about living by your own rules and having fun while you can. It’s a song about not following people and doing what is typical. This way of thinking is what inspired the song.

Do you remember the day you wrote “Rebel”?

Yes, I, Javier, was chilling with David, the singer, in my living room. I had for a long time wanted to write a song with this theme, and while talking to David, the chorus just came to me out of the blue. He loved it, and from the chorus everything just fell in place. I wrote Rebel in full that day.

We like people to figure out their own meanings behind our songs, but if we were to reveal a common theme between all our song, it’s the connection between people.

Good question! One of the producers we have been using, gave us a lot of ideas liked to a broad sound. Before we got in the studio with him and Arctic Fox Recordings our songs were much plainer. The bass played at the top of the neck, and stayed there for the whole song, and the back vocal were sort of boring. Kristian Taxt helped us experimenting with more intervals and trying the octave now and then. The other producer, Johan B. Breivik from JBB Productions, helped us getting more creative with how we made sounds. When we’re in the studio with him, we always try out new instruments and tools. For example, we recorded a lighter in one song with him, and we used a beer bottle to play guitar.

We need to incorporate our new drummer, Andreas, to the band. Christian, who plays drums on the album, just stared a medical study in Poland. Since the summer we have tried to find a drummer who suits us, and now we do. Until he is a Golden Leave to the bone, we won’t plan anything!

Arthur, the bass player, will have the honour of taking this.