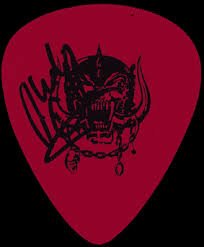 The today’s song “Claw”  is part of the album Orgasmatron  released by Motorhead in 1986.

If you think about the title of the song and about some other songs of the band you will quickly understand that this song is related to the mens “favourite weapon”.

The song talks about a girl that is in a bar and two persons (the singer and another guy) try to hit on her…..obviously one of them (Lemmy) will succeed to get her and do the “horizontal dance”.

The claw, well ……you understood by now.