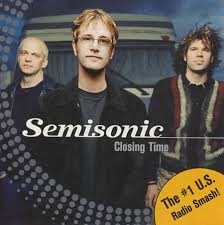 Semisonic or the Roman philospoher Seneca the Younger?

Certainly the verse “every new beginning comes from some other beginning’s end” cannot be tributed to Dan Wilson, singer of the band and author of the song.

The song has been written in 1997 and released one year later as third single of the album “Feeling Strangely Fine”.

The bar described in the song is the one really owned by Dan and closed later in the years, while the verses of the song talk about an unsuspected topic: becoming a father.

In fact, Dan was about to become dad and he wanted to write a song about it, without being too obvious.

We think he was able to succeed in his intention, don’t you?