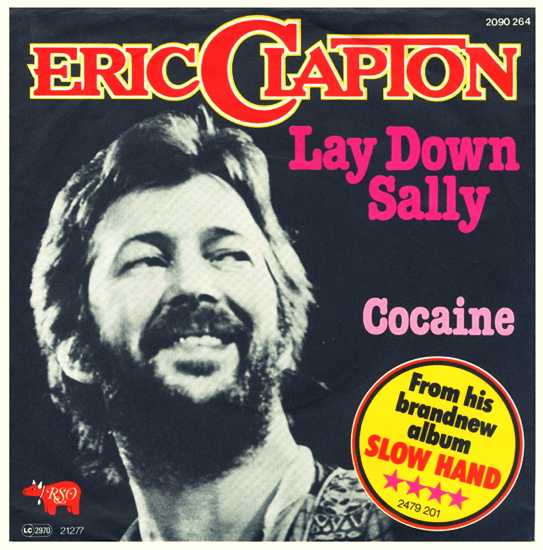 Few days a go Eric said that he will stop touring in few months, for us that we saw him several times it is a very bad news, as it is for all the rock and roll fans that he had in a career that lasted over 50 years (Clapton is 67 years old now).

Our most favorite concert he did was the appearance to the concert of the Rolling Stones, the 29th November of last year….it was terrific! We loved it and, for you, the special video of that night.

Clapton, for those of you that don’t know him yet (impossible), is one of the best guitarists of all time: his nickname is “Slowhand” even if his hands have nothing about being slow……the contrary!

He played in several group that made the history of Rock, the most important are : “The Cream” and “The Yardbirds”.

His music is a very special mix of rock, blues, reggae, psychedelic pop and rock; he won over 14 Grammys and he collected several other prizes .

Among his successes (or successful covers) : Crossroads, Layla, Tears in Heaven, Cocaine, Wonderful Tonight, I shot the Sheriff and many more….for a total of twenty studio album, the last one to be released in 2013.

“Cocaine” is a cover of a song written by JJ Cale in 1976 and revisited by Eric in 1977 as part of the album “Slowhand” and released as its first single.

Clapton clearly said multiple times that this song doesn’t want to be pro use of drugs but againts them….he just asked to dig in to the song lyrics to discover what he meant.

Eric is just saying that with Cocaine you will become more and more dependant……till the point that you will not be able to live without her and this is dangerous!

Clapton knows what he is talking about, he experienced it in his life till a point that he opened a centre called “crossroad centre” in Antigua that fights against the alchool and drugs dependance.