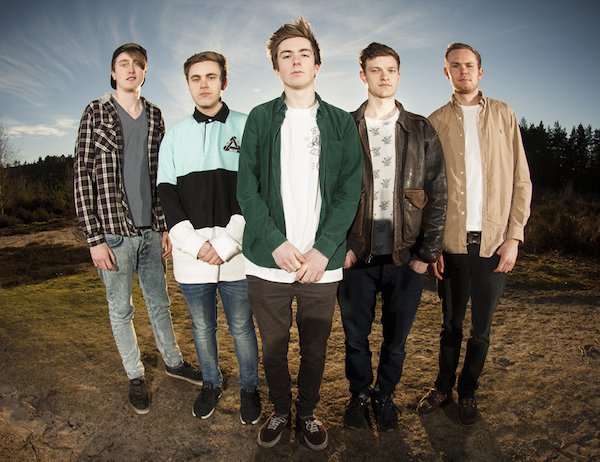 Coming of Age – interview with Homebound

One month is searing Homebound (http://homebounduk.bandcamp.com/ ) from the release of their new EP called “Coming Of Age”.

Ready to get to know more about them? ……

RYL: 21ST July, your new EP will be released…..how is it going are you testing it already with your fans?

HOMEBOUND: We released a stream to the lead single ‘Coming of Age’ and the reaction has been really positive. We’ve worked very hard on this EP so we can only hope that people will feel the same for the rest of the EP.

RYL: Which is the song you love to play live?

HOMEBOUND: This question splits opinions amongst us; one song might be easy and fun to play for one but then difficult for the other! If we had to choose though, I think it would be Turning Point. It’s a song with lots of energy and intensity that gets us and the crowd moving.

RYL: What inspired the lyrics of the first single “Coming Of Age”?

HOMEBOUND: I think like most people my age, I didn’t really know what I wanted to do with my life; I didn’t even know where to start looking. I think the freedom of it all scared me the most, so this song explains how I came to terms with it all.

HOMEBOUND: It’s not something I force or purposely set time aside to do. It’s usually when I have a surge of feelings that have come about from recent events or situations I’ve been through; that way I get the most honest and real perspective of what I’m feeling.

All these thoughts help to piece together the lines and soon enough, I’ve written a song.

RYL: which is the best verse you ever heard in a song?

HOMEBOUND: Anything from One of the Boys – Katy Perry. … or Fat Lip – Sum 41

RYL: and the worst one ?

HOMEBOUND: That ‘Eat Sleep Rave Repeat’ song. Not sure that even that counts… Isn’t it just those 4 words?

RYL: Don’t you think that Pop Punk lost that “flavor” it had with groups like Blink 182 and others during the decade between 1995 and 2005?

HOMEBOUND: Possibly, I think it was more that music taste was changing rather than the genre losing flavour. Its resurgence is down to the hard work of those bands like The Wonder Years, The Story So Far and Neck Deep.

They’ve helped bring it back to the forefront with a new flavour I guess.

RYL: Any project of tour this summer?

HOMEBOUND:  Nothing is set in stone yet but we’ll playing shows throughout the rest of the year for sure. We’re bored of sitting about doing nothing and just go do what we enjoy doing and the whole reason we started this band.

RYL: Even if you are releasing the new album soon we guess you are writing new songs….tell us, when was the last one you wrote?

HOMEBOUND: We don’t ever stop writing to be honest. If we have a good idea, then we like to work on it. Apart from a few riffs and ideas, it was probably back in February before we even recorded this EP!