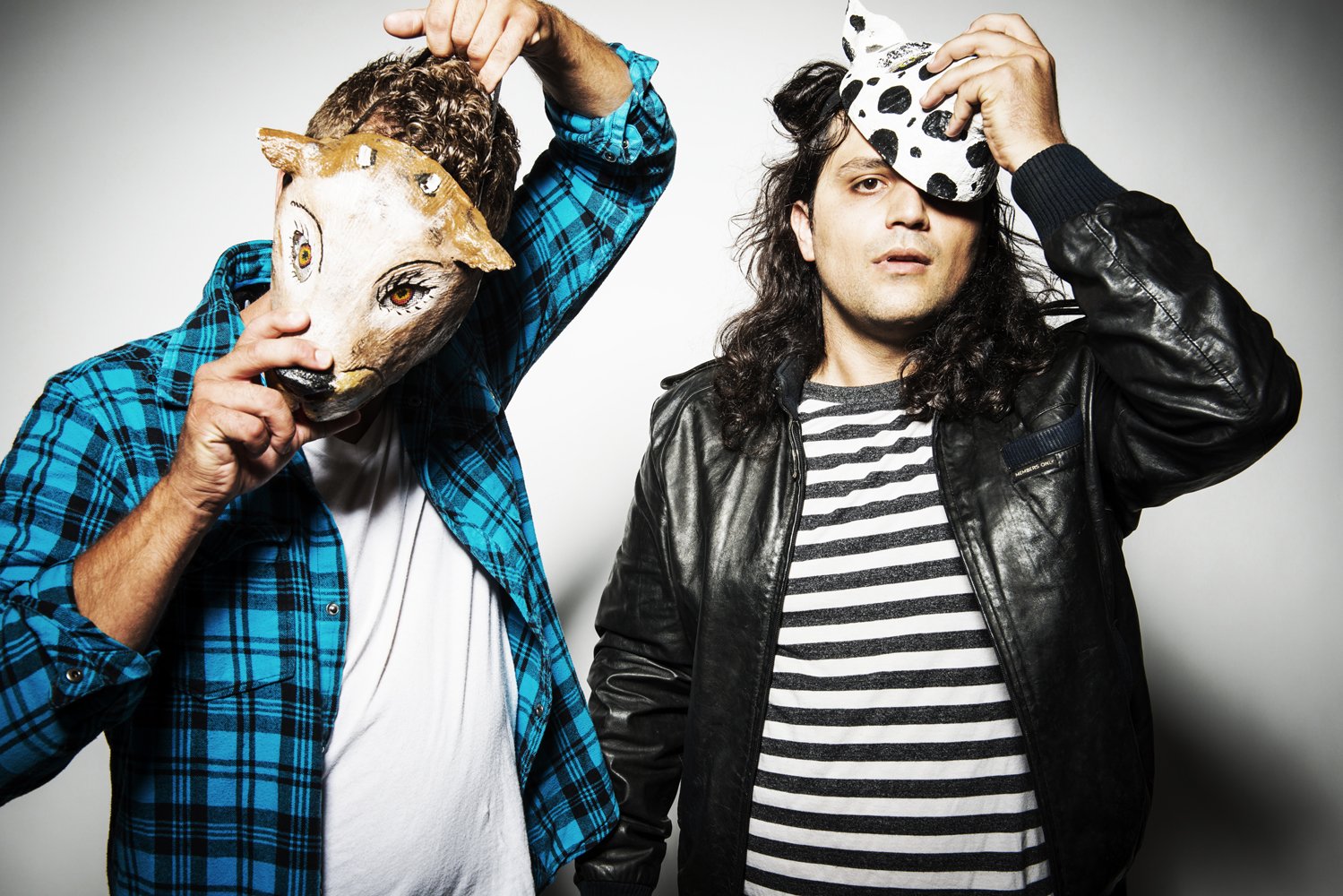 Few months before the release of their new LP, John answered to our questions about their music and lyrics…..

RYL: Your EP “Bangs” was released in july and is having a good success, what was the biggest challenge you had to face before its release?

Brick + Mortar: Juggling our normal jobs and time spent with loved ones while writing, recording, and performing new songs. Each section of our lives requires a certain balance as to avoid fucking our lives up, haha.

RYL: “Locked in a cage” is our favorite song, would you tell us what is behind its lyrics?

Brick + Mortar: Originally, I had the first verse as a vocal line I never used. I knew one day I would use it, for me that sort of thing happens a lot.

After having it in the back of my mind for a while, I revisited it and I knew I needed a chorus. I was trying all day to figure out a great one, but nothing worked! So, I decided to take my dog for a walk.

As I was walking, I started singing the verse I had to my dog and the line “locked in a cage for a really long time” fell out.

At the time, I thought it was an ok line. Then every time my dog was bad and I put him in his cage, I found myself singing it to him so I decided to show it to John… He loved it and told me to try doing a fake out live vocal delay by repeating “time” myself, like a delay would… The rest is history.

RYL: You are working on new songs lately? When do you plan to release a full length album?

Brick + Mortar: I believe in the first couple months of the new year. We have been slaving over songs the past couple months, hopefully you all dig it.

RYL: You are currently on tour, which was your craziest gig?

Brick + Mortar : I think it might have been Chicago or L.A. It’s honestly hard to choose.

RYL: The first video of the album is “Bangs”; why have you selected this song? What does it mean for you?

Brick + Mortar: We got lucky. Our friends (Andrew Joffe, Matt Joffe and Dan Feeny) and their crew all volunteered. They heard the song and asked if we wanted to do a video.

They sent us the treatment and I was excited because it reflected the stories I would hear about my father in a certain way.

They are all professionals that wanted to created an uncensored music video in a grind house style. To me, that song is our anthem. It’s like, we get it. We know we probably can’t make it big, but we just don’t give a fuck.

We believe in ourselves because we love what we do.

RYL: Do you think that music industry is changing the way bands are releasing new songs or this applies only to pop artists?

Brick + Mortar: It applies to everyone. When someone buys our record I feel like it’s more of a donation than a purchase. Nowadays, you can find any record you want online for free. That’s just the way life is now. So why fight it? People who like buying records will buy them and people who download bands records for free always will. My hope is that they come to a live show. And you know, if I write enough good songs, buy a fuckin shirt! Haha…

RYL:  What is controlled chaos for you?

Brick + Mortar: I guess it’s just the sound we have, like the songs are on the edge of being too much or not working. We ride that edge of music. We always want to try the road less traveled.

Brick + Mortar: That song is all about addiction. Addiction means more than drugs, it can happen in all aspects of ones life.

I decided to embody the very idea of addiction into a character named “Black Forest Cherry”. In the song, I am singing to her inside my own head. Addiction and habit reflect the aspects of love and relationship to me. It’s easy to be blinded by love and also by addiction.

RYL: Looking at the lyrics of your music idols, which was the best verse ever written?

The old get old

And the young get stronger

May take a week

And it may take longer

They got the guns

But we got the numbers