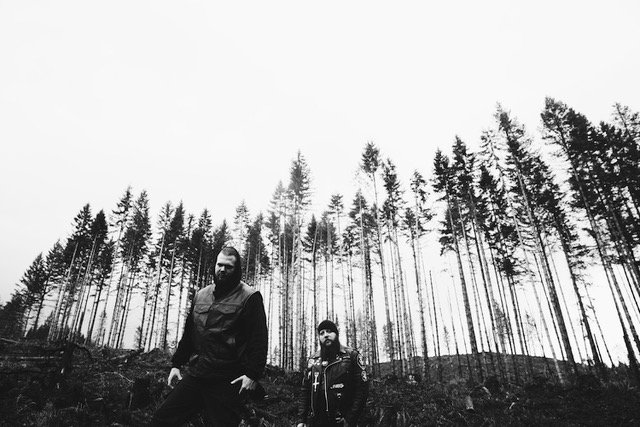 Convulsions of a Dying Empire – Interview with Hatchets For Hands

rockyourlyricsMay 21, 20180 views
Rock Interviews0 views 05 min read
What has your journey in the music industry been like up to now?
Doing it our damn selves has been our experience. We’ve always been a very self reliant band and have definitely taken the long road to get this record out. We’ve been fortunate enough to work with some incredible people along the way who’ve helped guide our process, inspire us and have really taken the record to the next level both sonically and visually. We’ve also run across a few bozos too, but that’s how it goes when you’re out there figuring it all out. Taking our time and doing everything the right way has been our path – we never wanted to settle on putting out something that we felt was sub par. We’re always getting better as a band, so there’s moments where songs we were happy with six months ago felt dated but at some point we had to settle on the tracks we wanted to put out and those are the ones found on our new record.

Are you ever scared of revealing, aspects of your personal experience, to strangers through your music?
No. Not all of our songs are personal and in fact most are not, but the ones that are draw on themes that we think most people can relate to as part of life and the general human experience — death, addiction, pain, loss, suffering, anger, rage  things like that apply to people across the board so when some of those themes come up in our music we feel it’s something that that everyone should be able to relate to on some level.
What was the soundtrack to your childhood?
We both come from very diverse musical backgrounds so our soundtrack was all across the board featuring all kinds of artists in and outside of metal. But on the metal tip, we both grew up going to shows together and hanging out in record stores together so we have a lot of classic bands we really like in common – Motorhead, Slayer, Carcass, Nile, Cannibal Corpse, Dissection, At The Gates, Satyricon  Dimmu Borgir, and so many other bands across metal we’re top of our list during the late nineties and early 2000s.
What was the first record you ever bought?
Mine was Motley Crue Dr. Feelgood – I had someone buy it for me cause I was like eight at the time.
What is your favorite song (not written by you) lyrically speaking?
I really like “Dead Skin Mask” from Slayer’s record “Seasons In The Abyss”. Not only is Seasons one of my all time favorite metal records, but I love true crime and serial killer stuff and Dead Skin Mask is about Ed Gein – The Butcher Of Plainfield and his habit of murdering and or digging up human bodies, storing them and fashioning clothing and furniture out of their skin. The Lyrics really paint an grim and disturbing picture – such a great song and story of a true American psychopath.
What inspired “Warpath” ?
“Warpath” was one of our oldest and most enduring tracks that’s survived many years of songs being thrown out. It’s definitely one of our most brutal and aggressive songs on the album. It’s written from a sort of third person perspective of a man gone blood drunk and crazy on religious fanaticism—attacking and murdering others who believe differently from him while holding on to what he believes to be true within his own faith. Its a portrait of religious warfare, hypocrisy and madness.
Do you remember the day you wrote “To The Grave”?
Yes I do. We recorded the song originally in our studio in San Francisco and in the middle of the session we went out for sushi. When we came back we started tracking vocals and I was going so hard on the screams that I ended up projectile vomiting miso soup, saki and california roll everywhere. It was fucking awful. It’s a studio day I’ll never forget. Final product turned out great so it was well worth it.
What inspired “Mistress Death”?
BP and I have both experienced the loss of close family and friends as a result of the American Opioid Epidemic that’s currently ripping the country apart. Opioid abuse and addition is absolutely devastating and wreaks havoc on people lives, bodies and the people around them on so many levels. It’s a particularly sinister group of drugs because it grabs ahold of you slowly and softly and before you know it you’re in the morgue. “Mistress Death” is a metaphor for this kind of addiction – it’s a personal song for us on a lot of levels and a painful one at that.
What are your plans for 2018?
Our plans for 2018 are to keep creating and continue to put out music. We’re always in the middle of something and try to stay that way – we always want to keep our momentum and keep the creative energy and drive flowing forward. We release this record next week, but we’re already headlong into our new one. That’s how we like to keep it.