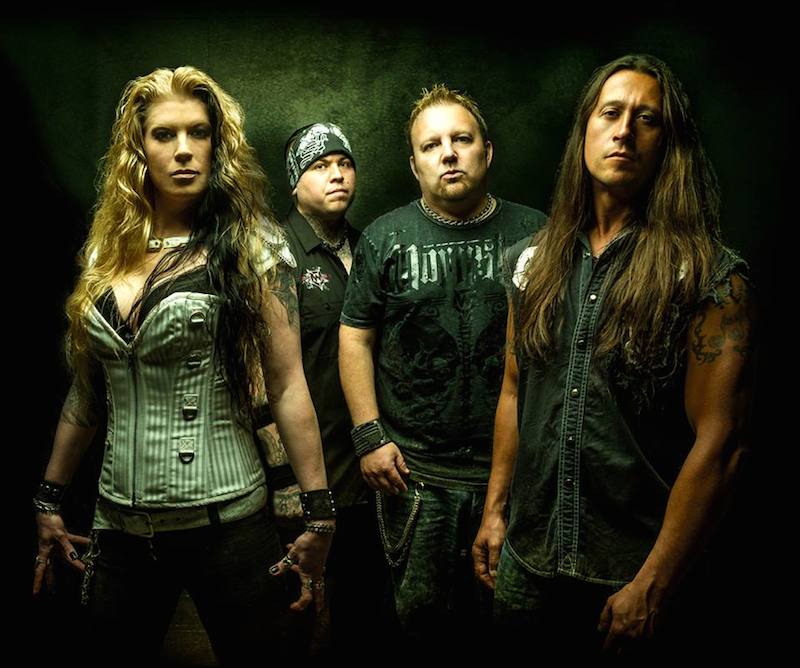 RYL: Your new album “Core” has just been released….. What it means for you, lyrically speaking?

Matilda:  A lot of what was written was based on my real life experiences going on at the time. We do stray from that once in awhile however.

The meaning of “Hear Me Now” was brought in by Jeremy based on Drew Peterson, a local convicted murderer that made national headlines for being believed to kill all 3 of his wives.

It was in the news about them exhuming his 2nd dead wife’s remains to re-evaluate how she died & if he was the cause after the fact, which he was. Jeremy had written the chorus basically, so I turned the verses into her perspective coming back from the grave to haunt him so to speak.

A.D.D.:  Matilda:  “I Regret” is much like its title.  The things we do to ourselves in life unintentionally.  You know you shouldn’t think a certain way, but you do anyways without knowing why.

All in all, too much hatred and negativity is no way to live, we need to stop & try to be positive about the hand we are dealt.

I regret beating myself up so much…With all the critics, naysayers, soul suckers, et cetera; I don’t need to do it myself too.

This is what I got to work with & I’m okay with that.

Matilda:  There are different stories or meanings to each song. There’s a lot of anger, but also trying to give hope. Getting passed over & trying to overcome the bitterness to try again.  Loss, heartache, strength & passion.

RYL:  Do you remember how the lyrics of “Was my Life” have been written?

Jeremy:  I’m very secretive about the exact experiences that influence the lyrics that I write.  It’s always been important to me that the listener comes to their own conclusion what the lyrics are about based on how their own experiences relate to the song.

Matilda:  Lyrics usually stem from one verse or idea and branch from there.  Subjects come about from what’s going on at the time in our lives, events.

Sometimes the words are written from the general mood the music is inspiring in us at that moment.

RYL: What inspired “Nothing Left”?

Matilda:  Nothing Left was based on a past relationship of Dave’s gone wrong. Dave had written some loose lyrical content & I rewrote it to flow with the music it was being put to.

The empty color of my eyes struck a cord in each of us.

Matilda:  Most important to me is fluidity and thought provoking content to be interpreted differently by everyone.

Jeremy:  Never wanted to be the best, I only wanted to be better than the last time I saw you.  Matilda:  I’ll be alright, I cling to your light, the sky won’t fall today.

Matilda: There is no title yet, as it is not complete……..

RYL: Tell us your touring projects; where will you go this summer?

Matilda:  We have our CD release party coming up on March 27th at Mojoes in Joliet, IL, our home base.

We’ll be playing with some great bands in May like Black Stone Cherry & Y&T. Rockfest in July in Cadott, WI with too many bands to name, but JUDAS PRIEST!!!! I’ll be walking around starry eyed all day.