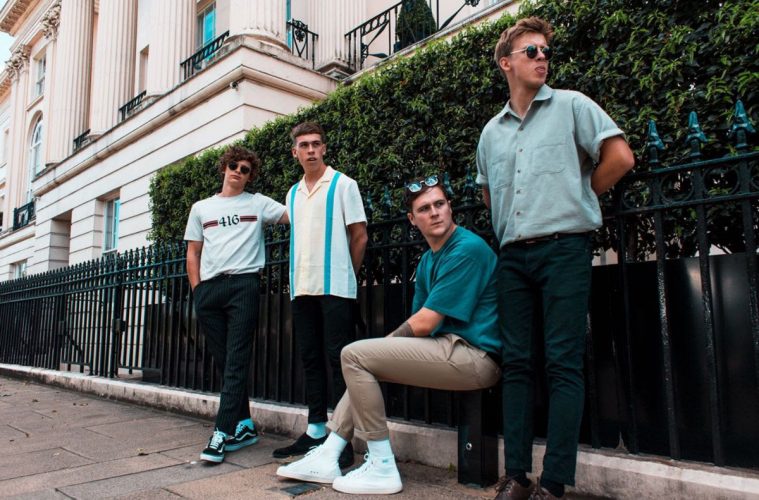 Fresh indie-pop quartet Corella have released their brand new track ‘Let On’. The band headlined a show at The Camden Assembly, London on January 22, as part of the LiveNation Spotlight series.

Echoing the powerful vocals, melodic guitars and pulsating drums rhythms that the Manchester 4-piece band have become known for, ‘Let On’ expertly showcases the talent behind every single member.

Speaking about the track, the band said: “‘Let On’ is another step forward in a new direction for us, focusing on punchy melodies, synth lines & a constant drive throughout the song, this is our snappiest tune to date.”

The Manchester based group met at university and since then have been making an impact with their refreshing alt-pop tracks which have earnt them well over a million streams on Spotify. With previous support from the likes of BBC Introducing, ITV, BBC Sport and Manchester United FC, their latest single ‘Island’ was added to Spotify’s ‘Hot New Bands’ playlist and ‘Caught Up’ and ‘Say Something’ enjoyed pick up from Spotify’s ‘The Indie List’, ‘Indie Roadtrip’ & ‘Hot New Bands’ playlists.

Currently bouncing between the studio and the road, Corella have an impressive live catalogue with appearances at Truck, Y NOT, Blackthorn, Tramlines, Ramsbottom, The Great Escape and Edinburgh Fringe followed by a UK tour which included their biggest headline show to date at a sold out Academy 3 in Manchester.