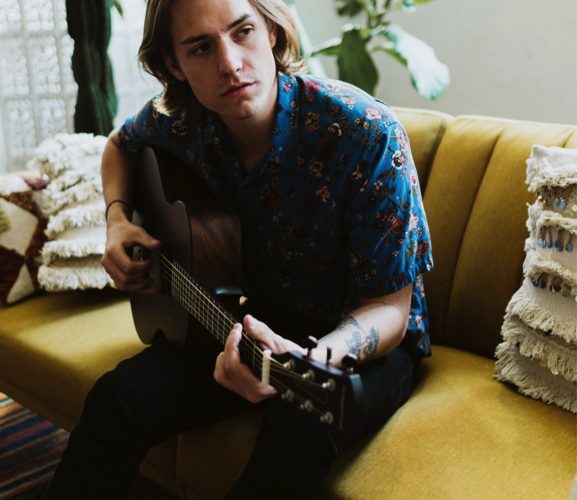 Harper recently released the music video for “Don’t Hate Me,” directed by Collin Duddy. The video follows a conflicted Corey as he struggles to come to grips with the fate of his relationship and the aftermath of a breakup. The colorful visual highlights the song’s heartfelt lyrics, bluesy guitar riff, and Corey’s emotional vocals.

The Topanga-based troubadour uncovers an era-spanning style of his own at the crossroads of traditional folk songcraft, impressive guitarwork, bluesy gusto, and 21stcentury pop adventurousness. The singer and songwriter sifts through a lifetime of influences in order to assemble a vibrant, vivid, and vital vision.

Since his emergence in 2015, he has quietly set the stage for such an evolution. At 19-years-old, Corey dropped out of college in Eugene, Oregon, grabbed his guitar, and relocated to an eternal haven for creatives of all kinds: Venice Beach, CA.

Just blocks away from the Pacific Ocean, he spearheads the genesis of an arts collective and hangout known as Winston House. After reposting clips of Corey on guitar, Cody Simpson tapped him to handle six-string duties on a national tour. Meanwhile, Justin Bieber caught a Winston House performance and invited Corey to open a run of Pacific Northwest dates on the sold-out Purpose Tour in 2016.

Teaming up with producer Andrew Wells [Meghan Trainor], he unveiled the ‘On The Run’ EP following his appearance on the historic tour. Its title track racked up 7 million-plus streams. Along the way, he toured with the likes of Niall Horan, Noah Kahan, Julia Michaels and has also performed at Bonnaroo, BottleRock, Sasquatch, Ohana Festival and more.

Stay tuned for the latest from Corey Harper and for more info, please visit www.coreyharpermusic.com.