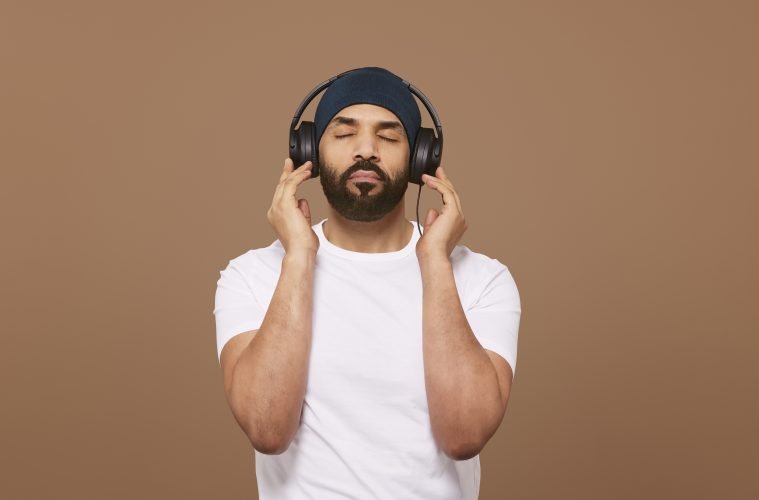 Craig David announces the global livestream concert of ‘Born To Do It’, exclusively on stabal.com on Saturday 24th April 2021 at 8pm BST. Still holding the record as the fastest selling debut album by a British Male Solo act in UK Chart history, it will be the first time that Craig’s performed the critically acclaimed album in full, live with full band and in the original running order of the tracklisting. The show will also feature a Classic UK Garage set from DJ Spoony. Tickets are on sale now here.

Craig says, “This album means the world to me. I wanted to do something to celebrate the 20th anniversary and as touring live isn’t possible,  I couldn’t let the anniversary go by without marking it in some way.  Sharing this album with you has been one of the highlights of my career and I never thought I would get the opportunity to do the whole album in full like this – It’s going to be really special.  Thank you for all the love and support these past 20 years…wow!”

Since bursting onto the scene with his unforgettable debut album, ‘Born To Do It’, a genre-defining record that established Craig David as one of the UK’s most loved artists, Craig has since remained at the helm of his own unique, authentically British sound. Making waves across the globe as the voice of one of the most pivotal eras in UK music, and in turn, one of the most successful artists in UK chart history.

In the 20th year of the release of the album that changed his life, Craig has since catapulted back into the charts and into the nation’s hearts with a string of chart hits and a Number 1 album marking the beginning of his triumphant return, which has since seen over 1.5billion streams on his last two albums ‘Following my Intuition’ and ‘The Time is Now’, alone. Craig has since leapt from strength to strength on our airwaves, and has been unavoidable on our TV screens and on the live circuit ever since. Craig’s last arena tour sold out in a matter of seconds and received five star reviews and critical acclaim across the board.

As a much loved and respected figure in British music culture, Craig has racked up an astounding 23 UK top 40 singles, nine UK top 40 albums, amassed over 5 billion streams worldwide, sold over 15 million albums globally, achieved 16 Top Ten hits, and has achieved multi-platinum status in more than 20 countries around the world in his career. With two UK Number 1 albums under his belt, he has also received multiple BRIT Award and Grammy nominations, 4 x MOBO Awards, as well as becoming a 3x Ivor Novello Award winner.

Demand for Craig’s live performances is higher than ever following the incredible success of his world famous, critically acclaimed ‘TS5’ shows. Starting out as the most exclusive pre-party in Miami, hosted in his penthouse home, Tower Suite 5, ‘TS5’ has gone on to become the must-see live event with Craig playing sets at the biggest festivals and clubs around the world.

After bringing ‘TS5’ to the UK, Craig sold out shows at London’s KOKO, Brixton Academy and even London’s O2 Arena in a matter of seconds. In 2016 he took over Glastonbury’s Sonic Stage, bringing over 25k people to the tent and achieving the record for the biggest crowd at the stage in Glastonbury history. From there he made his Glastonbury Pyramid stage debut just a year later. Now back in London full time, Craig and ‘TS5’ will be back as soon as it’s possible. He was due to return this summer for a record 5th season residency at Ibiza Rocks Hotel. Becoming one of the most successful daytime residencies in Ibiza history, Craig will hopefully be able to return in 2022.

2019 saw Craig curate his own stage at SW4 as well as performing a special concert on BBC One for New Year’s Eve.  He will soon be travelling around the UK for his 2022 ‘Hold That Thought’ UK Arena Tour. 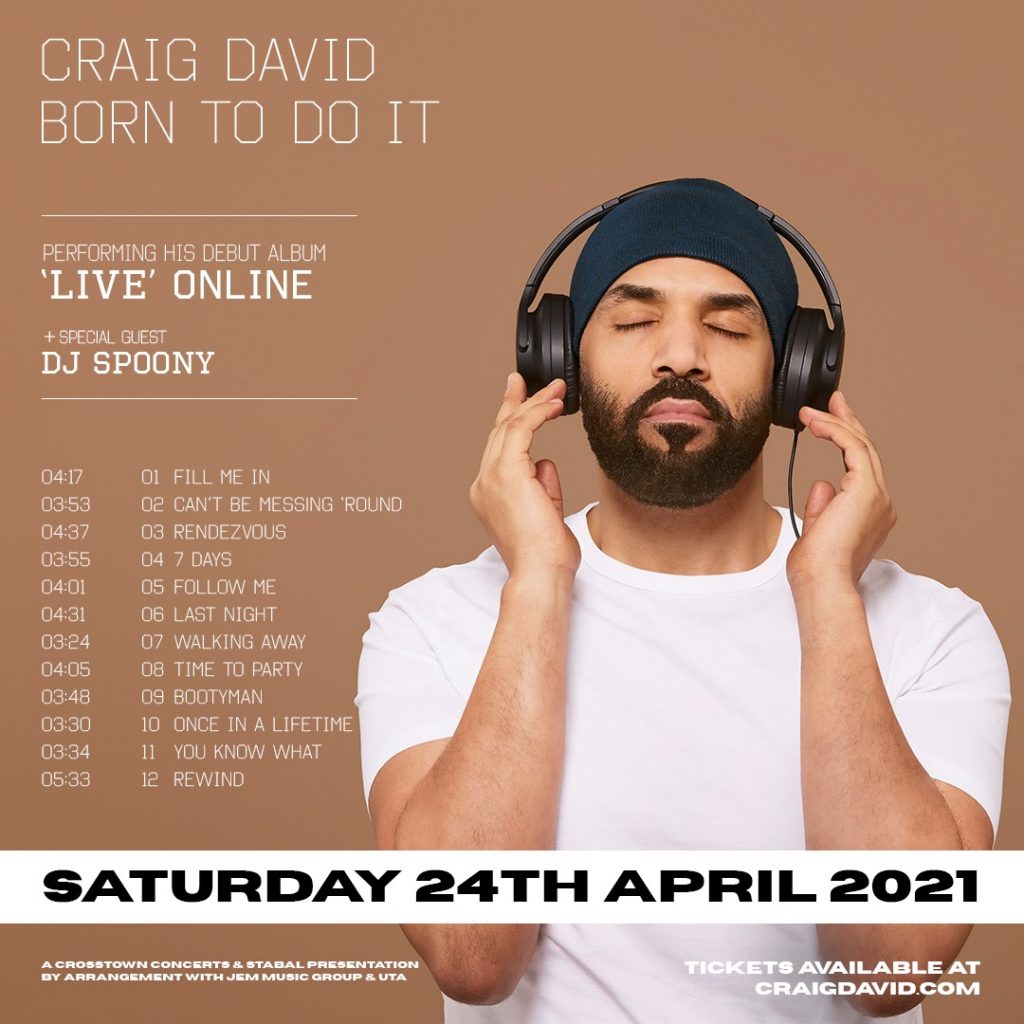 TICKET INFO: A Concert Ticket gives access to the on-the-night Live Online Concert only. 30 Day Passes and Gift Passes give unlimited 30-day access to the Live Online Concert, as well as bonus features including a live band version of ‘Key to My Heart‘, acoustic versions of ‘4 Times A Lady‘ and ‘Human‘, as well as an exclusive interview with DJ Spoony and behind the scenes footage.

Fans can view the show in-browser or download the Stabal Viewer App to watch on a mobile device, tablet and on their Smart TV (subject to compatibility). The app is free to download with any ticket purchase and is also available on Amazon Fire, Android TV, tvOS and Roku for TV, and iOS and Android for mobile.