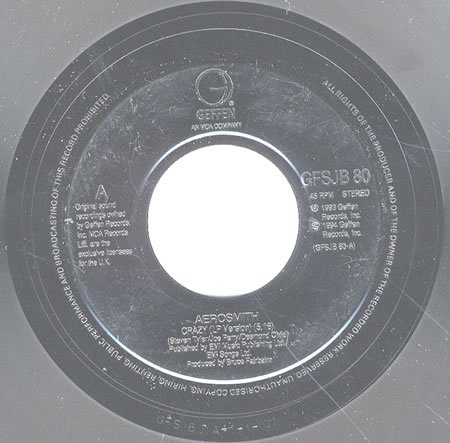 We just finished to read a brilliant book : ” Does the noise in my head bother you? ” by Steven Tyler the front-man of one of the most famous and glam band of hard rock ever existed the AEROSMITH.

The band had several problems during the years, especially due to the fight between its members, but it was able to sell more than 150.000.000 of records since the beginning.

Today we will talk about an album released in 1993, ” Get A Grip” ( by Geffen Records – the same of Guns and Roses), that sold over 20 millions copies worldwide and was the best album ever of the band

Even Lenny Kravitz participated to the album as a special guest.

Crazy was a major success and this is our today’s song.

The inspiration is a crazy love story between a man and a woman……she makes him go crazy but he still wants her more.

Maybe a song inspired by the crazy relationship between Steven and his wife…….. a lot of love and a lot of troubles as well.

The video is remarkable….. it was  a great success in MTV back in the days, not only because of the cast (Liv Tyler and Alicia Silverstone), but also due to the amazing job done by the director Marty Callner.

You know…….that kind of love turns a man in to a slave….