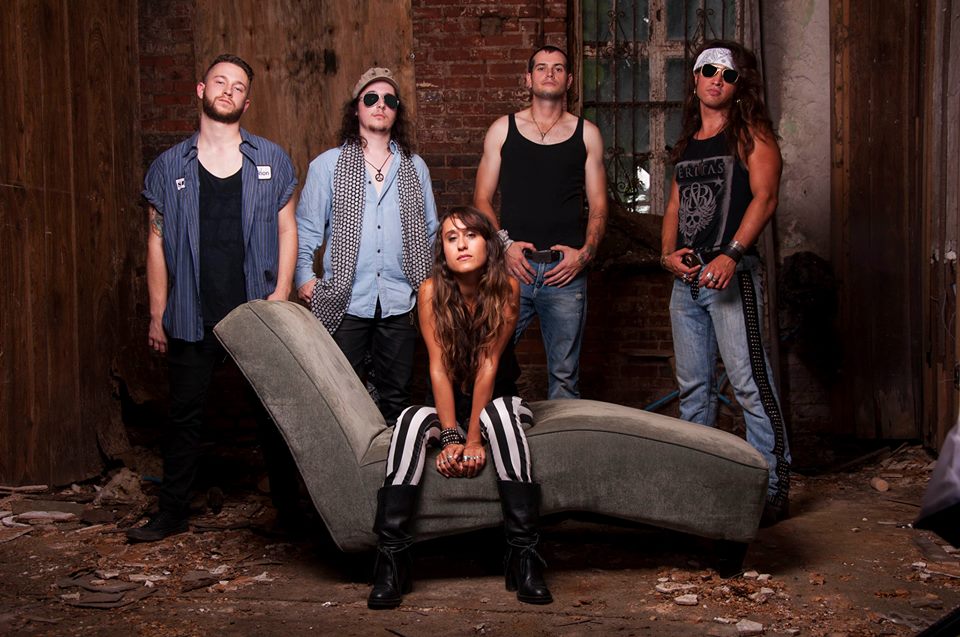 RYL: “Creatures of Habit” has just been released; it is your debut EP!! What it does mean for you?

AM- We actually had it already written, and recorded two years ago, but didn’t have the right backing we wanted behind it.

I personally am extremely proud of myself and my band for these songs, we’ve come a long, long way since the beginning (2009) our sound has truly evolved, and I think these songs are some of the best we’ve ever written.

RYL: Tell us everything about the song “If I Have To”..

AM- To me this song is about not being afraid to stand up for what you believe in, and giving everything you have when all odds are against you.

AM- Yeah, I think with all our songs there is definitely a commonality; a theme of hope, and unity.

Lawless Hearts: AM- Michael and I both went to arts schools (I started playing piano when I was ten and taught myself guitar, but eventually took lessons with our dear friend Kent Smedley) I went to Landon Middle School before it was Lavilla school of the arts for piano and creative writing, and then majored in Creative Writing at Douglas Anderson School of the Arts.

I then went on to Berklee College of Music for Vocal Performance and Songwriting. So basically I’ve been doing this all my life.

AM- There really is no straight method to the madness of songwriting. We basically write organically; sometimes Michael will have the riff, and I’ll put the lyrics or I’ll already have lyrics and a melody…we write how we feel.

RYL: Do you remember the day you wrote “Oblivion”?

Lawless Hearts: AM- “Oblivion” was written when we had all but given up on music and the band. We couldn’t find anyone serious enough to work with us, and it seemed destined to fail.

But, then a sudden urgency came and I started writing those lyrics, and everything just seemed to disappear, all the doubt; and I remembered why I loved music, and why we created this band: to let others know they weren’t alone. And giving up wasn’t an option.

AM- For me the most important thing is to make in impact. The world has all but lost its humanity, and we want our music to inspire, and to make people feel hope again.

AM- Probably the bridge to “The Fallout”

You say none of it matters

You don’t want to deal with the fallout

You burn bridges, You build castles

To keep everyone out

AM- The last song I’ve written to date is a new ballad I wrote on Piano called “Eyes on Me” It’s simple and hauntingly beautiful.

RYL: which is the meaning behind “Creatures of Habit”?

AM- Creatures is about the inner struggle we face between what’s right and what’s real, and what being a ‘good’ person truly is.

AM- If there are any band’s that would like to share the road/stage with us let’s do it!!