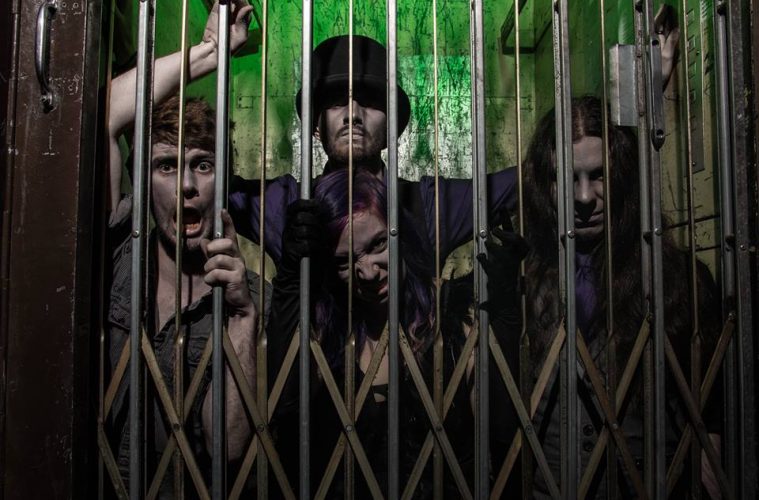 Usually I get hooked on a phrase or theme and then spend a lot of time crafting a song around it. I tend to outline what I want, bash out a demo and then go for a walk whilst listening to the track through headphones to flesh it out. Then I’ll be scrawling ideas on any scrap of writable material until it’s ready.

It completely depends on the track, but I would say the overall flow of the words within the melody. Sometimes you find yourself loving a certain line in a song, but it has nothing to do with the content of the lyrics- it’s just something satisfying about the way it has been phrased.

Are you ever scared of revealing aspects f your personal life/experience to strangers through your music?

The majority of the tracks I write for Novacrow are light-hearted, but I think that opening up through music is fantastic and can be beneficial to writer and listener. Someone might write a song to spotlight deeply personal private feelings, but a listener is going to engage with that in their own way and attach their own meaning to what they are hearing. I wouldn’t say people tend to psychoanalyse the lyrics they listen to, but even so, it’s a form of self-expression and a writer can give away as much or as little as they like.

Funnily enough, I wrote the track ‘Are You Happy?’ specifically directed to the listener and aiming to be deliberately thought-provoking. It’s a question that a lot of people are afraid to answer. I feel that there are too many wonderful individuals who deserve an awesome life, but sabotage their own happiness because the risk of making a change can be so daunting.

I wouldn’t say the best, but I think the most meaningful would be:

“This may have been a significant chapter, but not how it’s going to end” from The Mantra.

It’s meant to be a reminder that things will get better. When people are in a dark place, it can be easy to forget just how fucking strong and awesome you are, even when it feels like everything in your life may have gone to shit.

What inspired “Criminal Mastermind”, part of your latest EP due in November?

Well the entire track narrates a really stupid attempt at a bank robbery and I remember getting really excited when I came up with the idea, because there was just so much potentially hilarious content.

I think there’s a lot of ‘It’s Always Sunny in Philadelphia’ inspiration in the characters, because they are angry, stupid and focussed on personal glory -rather than actually focussing on carrying out their half-arsed plan. It was also perfect for a music video and we had so much fun working on it. We literally sat coming up with the most stupid, elaborate ideas and tried our hardest to make them feasible. The ending sequences in particular were so wonderfully fun to create and I couldn’t be happier with how ridiculous they are.

Lab Rat definitely came from a place of frustration. I guess the whole song revolves around that tipping point where you realize that it doesn’t matter how hard you work, or how unique you might be- nobody cares. It just voices a feeling of underappreciation. Lab rats are destined for a life of being poked, injected and monitored for science, which just seemed ideal for an image of powerlessness.

Do you remember the day you wrote “Fever Swamp”?

Yes, I was burning sage under an old oak tree, beneath a full moon…

(No I don’t. But I remember writing the chorus riff and wanting the verses to be really ‘wordy,’ which got me thinking about fun storylines I could write.) The whole track was inspired by the Goosebumps novels and 90s TV show- one big campy horror cliche.

Playing MetalDays in Slovenia was utterly awesome, particularly because the festival itself is incredible and the crowd were supremely enthusiastic! We drove 35 hours with a big group of friends for a seriously awesome holiday and spent a week partying on the beach in the beautiful mountains.

It would be hard to say a ‘difficult’ moment, but we have had more Spinal Tap-esque mishaps than I can count. Everything that could have gone wrong, has done at some point. We had a drummer who dislocated his shoulder the day before we played the mainstage at a festival (because he was doing a handstand in a swimming pool). I also played a show where there was a power-cut onstage and ended up turning the set into an impromptu sing-a-long, because nothing but the mic came back on. But all of these sort of things just give you more experience and teaches you how to handle all sorts of bizarre situations.

We have been super busy all year, with gigs, recording, tours, filming two music videos and arranging our EP release. It’s been great!