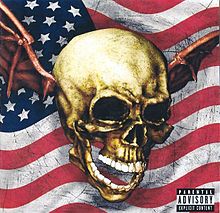 The meaning of its lyrics is to criticise people who, according to the band, are in their turn criticizing the soldiers of the United States of America for engaging in the Iraq Warconflict, without trying to find a solution to end the ongoing war.

The Rev , member of the band until 2009 when he died, provides the vocals for the chorus of the song, as well as some background vocals and screams.

The band still remembers him with this song during live concerts