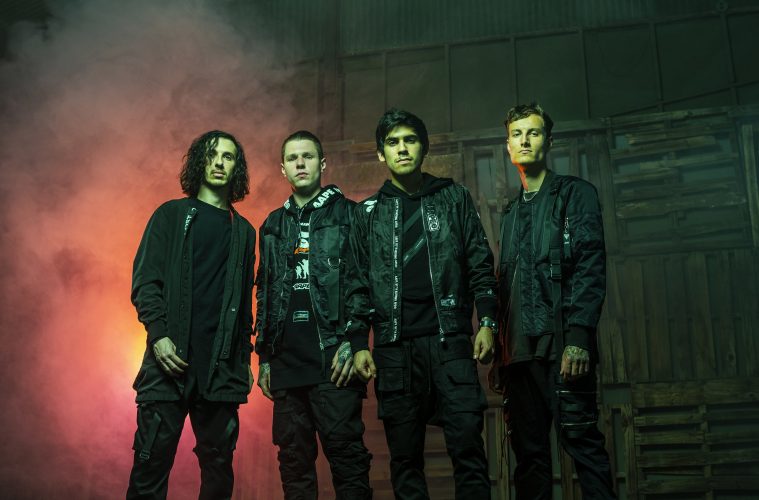 Crown the Empire have dropped the new video for “Sudden Sky“.

The band issued the following statement offering insight into the song and the video:

“We’re born into this world with nothing. No preconceptions. No knowledge of how we got here. No awareness of what or who we are. This is where conformity begins… Today, our society is being shaped by the digital revolution. Technology is growing at an exponential rate. Humans are more connected than ever before. Unlimited information is in the palm of our hands. But there’s something wrong… We’ve become emotionally disconnected.

Instead of confronting our problems, we numb them with drugs and technological overload. We’re addicted to social media and instant gratification. The lines between what’s real and what’s not are extremely blurred. There’s a glitch in this system and we need to find a solution before it’s too late… The music video for ‘Sudden Sky’ is a visual representation of this never-ending cycle. By watching this, you are submersing yourself into our view on the current state of humanity. Thank you for listening. We hope you enjoy“.