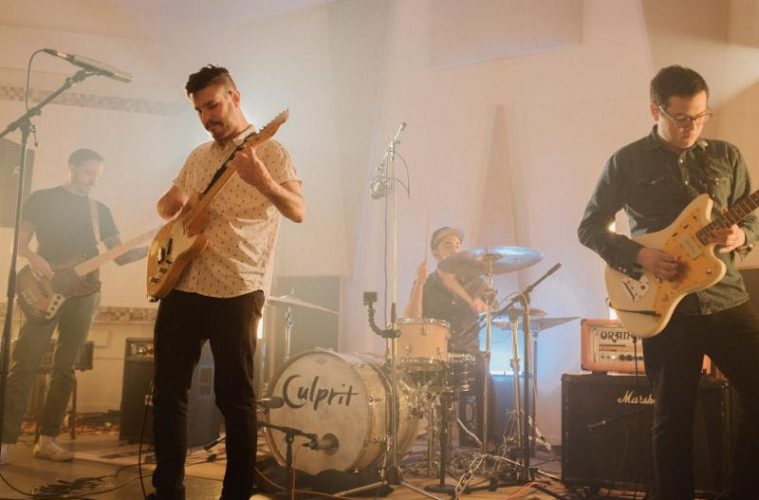 LA-based band Culprit teamed up with Music Human Sessions and All Welcome Records for a live collaboration video of their recent single, “Denali“.

‘Denali’ (from Culprit’s full length LP titled “Sonder“) was written by Travis during a trip to Fairbanks, Alaska that him and Zach took in October of 2016.

“Working together with the Music Human team as well as All Welcome Records was a really incredible experience. As a band we are always striving for the best sound and representation of our music while working alongside like-minded people who have a true appreciation for music,” says Zach. “Needless to say, we felt very ‘welcome’ coming in to the studio and were very excited to get the session underway in such a professional and well designed studio.”

Culprit will be playing a show at The Satellite in Silverlake, CA on July 18th, so come by if you’re in the area and check them out! 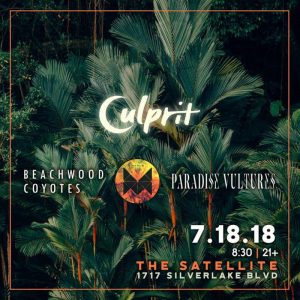 With an impressive DIY attitude since 2006, Three EP’s later and a couple hundred shows across the United States alone – Los Angeles Alternative Rock band Culprit are carving their name in history books. Culprit’s latest 2017 release and first full length album “SONDER” was recorded throughout 2015/16 at the prestigious Grey Area Studios (Erik Ron) and was Produced & Engineered by Anthony Reeder (PVRIS / This Wild Life). Fans of Armor For Sleep, From Indian Lakes and Emarosa are in for a real treat – SONDER is a mature effort written and recorded by passionate, professional musicians. Whether it’s Travis Powell’s lead vocals driving each track forward, Zach Blumenfeld’s signature fuzzy bass lines or Jason Michalski’s redefining sound on the drums, Culprit demonstrate how best friends with a dedication towards their craft, have fused together to create a sonically cohesive record, well beyond their years.

After completing Sonder in late 2016, Culprit ran a successful independent PledgeMusic campaign (to help raise funds for additional merch/vinyl, touring & global social media exposure). With the late recruitment of Eddie Rosales (Back Pocket Memory) on lead guitar, Culprit is now looking to expand their sound & fast growing audience by touring nationally with Sonder. The future seems to be shining bright for these talented musicians. If one thing is certain, Culprit won’t be closing doors or slowing down any time soon.