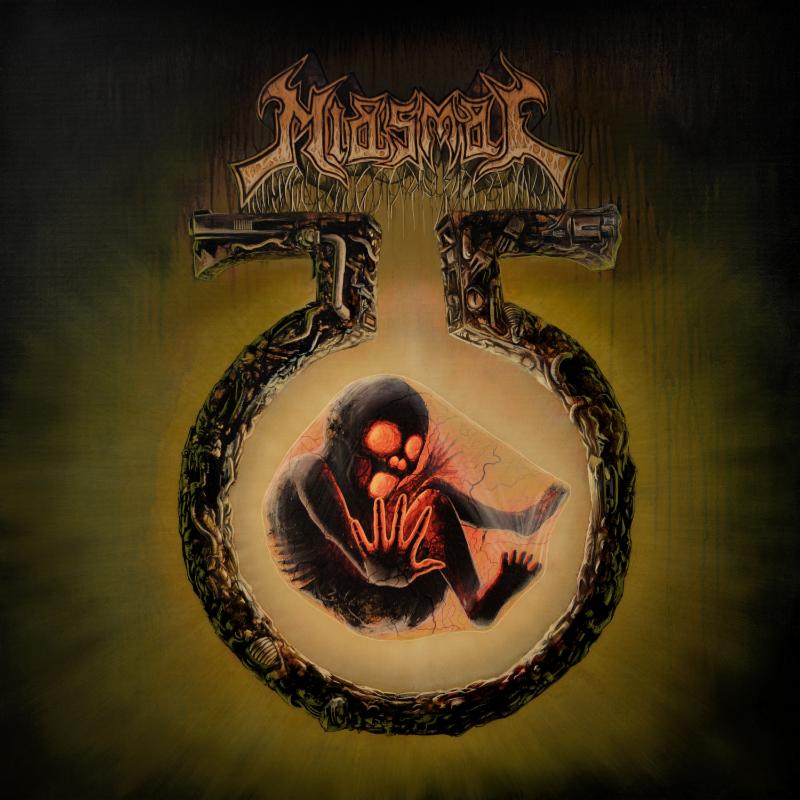 Pontus Redig, guitar and vocals of Miasmal (http://miasmal.net) answers to our questions regarding their lyrics and the new album “Cursed Redeemer”……do you want to know more? check this out…. 🙂

RYL: Your new album, ‘Cursed Redeemer’, has just been released. How do you feel?

MIASMAL: Awesome! We’re very happy with the album and the response so far has been awesome. It feels good that the chaos that this album mostly was created in has been channeled into something very solid.

RYL: What is the main message you want to communicate with its songs?

MIASMAL: Not so much a message, but rather a feeling. An empowering, adrenaline-inducing, fist-in-the-air feeling.

MIASMAL: The lyrics come last, when it’s time to arrange the vocals. I usually have a lot of words and phrases written down, stuff that comes to me or maybe inspiration from a movie or a book.

Then I use those phrases and words as starting points for lyrics. Sometimes a song’s working title becomes a whole lyric!

RYL: Let’s talk about our favorite song of the album: “Frozen in Time”. Do you remember how you wrote it?

MIASMAL: Yes, I remember it quite well. It was the song I worked on for the longest of all the songs on the album, for some reason.

I usually write the songs pretty fast and try not to second-guess myself too much, but this song took almost a year to finish, actually I finished it in the studio. It was quite relieving when it was finally recorded and I’m very happy with it.

RYL: Do you have a guilty pleasure, in terms of bands?

MIASMAL: I don’t really feel ashamed of liking anything. I’m into pretty much everything, like goth rock, pop and electronic music. Sisters of Mercy, Dinosaur Jr, PJ Harvey are all some of my favorite artists.

RYL: Tell us everything about “Whisky Train”– what inspired this song?

MIASMAL: From the beginning it was just a working title. Me and our other guitarist Magnus were playing the song, and he commented on the galloping verse that it sounded like a speeding train.

We were drinking whisky at the time I think, so I just replied “whisky train”. It stuck, and the lyrics eventually came to be about the feelings of alienation, confusion, pain and twisted ecstasy that come with massive drinking and sleep deprivation during long periods of time.

RYL: Where can we see you live? Are you going to do a European tour? Will you have some gigs in the US?

MIASMAL: We plan to tour both Europe and the US, but it’s still in planning mode and nothing official yet. Stay tuned!

RYL: What is the best verse you’ve ever written?

MIASMAL: It’s hard to pick out a favorite, but the verse from “Cursed Redeemer”, the title track off the new album, is really powerful!