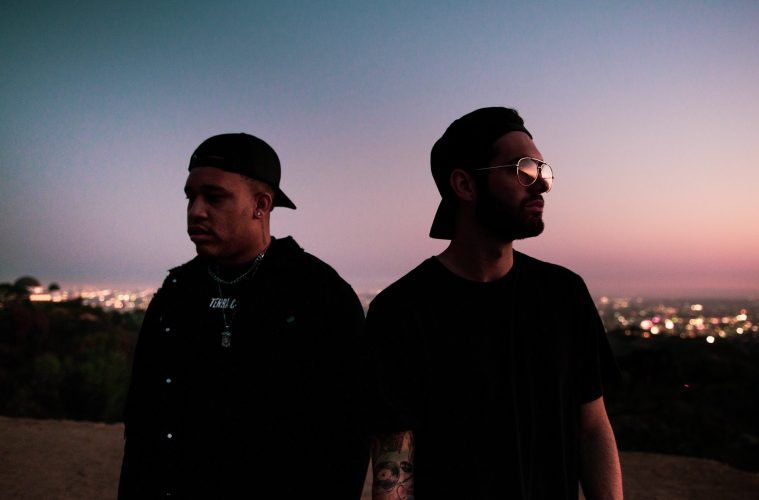 rockyourlyricsNovember 30, 20180 views
Rock Interviews0 views 07 min read
How do you usually write the lyrics of your songs?
Mike & Cam: We almost always start out with melody first. We will scat over the instrumental and then usually pick out a word and figure out a concept around that. There’re obviously other methods as well like when we figure out a concept first and take a more commercial approach to the record, but for the most part we start with melody first.
In your opinion, what is the most important thing in songwriting?
Mike & Cam: Storytelling. When someone listens to the lyrics, it needs to bring their imagination to life and put them in the driver seat of the song. If you can connect with fans through a song by pouring your emotions into the lyrics and bringing them back to a certain time and place whether it be positive or negative, that’s the ultimate goal. We’ve all been through rough situations and being able to relate to people across the world just by explaining yours is something magical.
Are you ever scared of revealing aspects of your personal life/experience to strangers through your music?
Mike & Cam: I don’t think there’s anything we’ve been through that someone else hasn’t. You can’t be scared to connect with your fans on a higher level than just the music. That’s what creates true fans and makes them understand exactly who you are as an individual. The goal is to make everyone feel like they’re not a stranger and that they’re a part of your journey. We all struggle, having a platform to talk about our problems or successes where other people can relate is incredible.
What is the best lyric that you ever wrote (the most meaningful for you)?

Mike & Cam: I have to say it would be a song called “Beyond Me”, which isn’t available anywhere anymore. It might not be the absolute best that we’ve ever written, but it means the most to us and has the deepest meaning. It explained a lot about us throughout the song.

What inspired “Die Young”, part of your EP “CXTY NIGHTS”?
Mike & Cam: “Die Young” is quite possibly giving you the best advice. Live your life. Stop being scared to take a leap of faith because you‘re afraid of the consequences. The worst that can happen is you fail, and you start over and try again. You have to fail to succeed. If you didn’t have lows, youwouldn’t appreciate the highs. Whether it’s about talking to a girl or guy you like, packing up and moving, traveling the world, going out for a position on your local sports team. There’re a million situations this song could relate to. What it boils down to is not being afraid and taking risks. Tomorrow isn’t promised so make the most of what you got while it lasts!
And “Waiting For”?
Mike & Cam: “Waiting For” has almost the same message as “Die Young”. It’s explaining a situation where a boy and a girl were too afraid to talk to each other at first and then took the leap of faith. It turns out they wanted each other all along. The worst someone can do is say no. Don’t listen to all the kids clowning on you if a situation goes south. They’re the ones that are most insecure. If you‘re attracted to someone, let them know because as far as we know, no one can read minds.
What are your plans for the upcoming months?
Mike & Cam: Work, work, work. We’re focused on our brand, marketing and getting our EP out there to as many ears as possible. We’re honed in on setting up a tour and creating content for our fans and fans to watch and listen to. We’ll also be recording because you can never have enough records!
To conclude the interview a short Q/A session, please answer the first thing that comes to your mind: