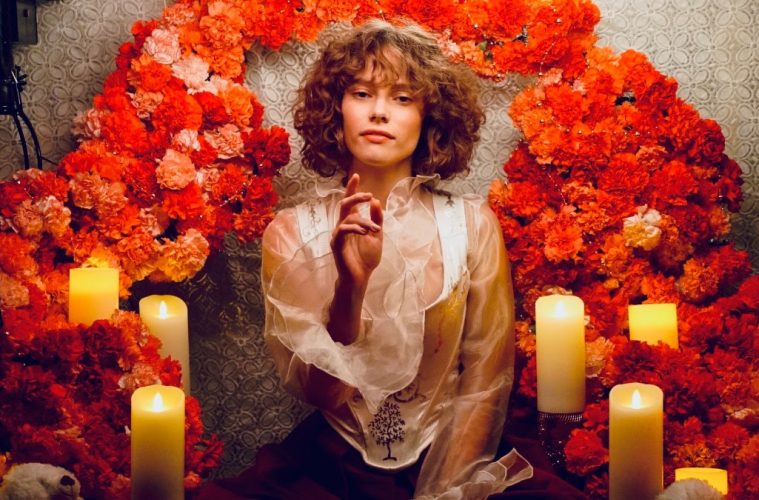 CYN unveils the official video for “Holy Roller.” The Ally Pankiw-directed video sees CYN leading her devoted followers in a series of rituals against the backdrop of a retro-50s-inspired bowling alley. Talking about the video, CYN explains “The video for ‘Holy Roller’ is truly a collaboration of all involved resulting in our version of a girl cult with a side of wink,” she continues. “This video is meant to provoke some thought and definitely meant to make you smile! When I wrote the song, I was trying to relax and not take myself too seriously— the same goes for the video. I was aiming for something true to me, and this video hints at how I was raised and what I believe now.”

The stellar new track was paired with a Lyric Video (also directed by Ally Pankiw) and is out now via Unsub Records. “Holy Roller” reaffirms the Michigan-born artist as one of the most refreshing songwriters and performers to emerge in pop in 2019. Talking about the new single, which was penned by CYN and Matias Mora (“I’ll Still Have Me,” “Terrible Ideas”), CYN reveals, “Holy Roller is about sacred dedication and blind faith in someone. Although the lyrics are quite bold, I believe there is a marked adolescence present in the song. To me, the lyrics reveal the aftermath of a party from the night before but still remain serious in their declaration of a cult like devotion. I laughed out loud plenty of times while writing this song, and though I think it has an undeniable sense of quirk, I can hear the absolute climax of a romantic feeling in the chorus melody.”

“Holy Roller” serves as the follow up to “Terrible Ideas,” which featured an intimate video directed by Quinn Wilson, in partnership with CHANEL Beauty. “Terrible Ideas” marked a decided shift in sound for CYN, revealing an edgier and darker side to the rising pop artist.

Both tracks offer listeners a first taste of new music from CYN since the release of her poignant pop ballad, “I’ll Still Have Me,” which has garnered over 12 million global streams to date, and was paired with a music video. The song follows previous singles, including “Believer” and “Alright.” To date, CYN has racked up an impressive 30 million combined streams.

CYN first entered the musical arena when she released “Together“, which The FADER praised as “a breath of fresh air” and followed with the infectious “Only With You” which she co-wrote with producer extraordinaire, Felix Snow (Selena Gomez, Kiiara, Terror Jr.). The track was an early standout for the young artist, following a chance meeting with label founder Katy Perry, who instantly fell in love with the talented popstar’s voice and her keen ability to craft a perfect pop song, leading to CYN signing with Perry’s Unsub Records.

Last year CYN embarked on a 19-city North American Tour with acclaimed British trio, Years & Years, as well as dates with both Sigrid and Katy Perry. She will next play her first hometown show, returning to Michigan for a special one-off live show in Pontiac, Michigan, June 12 at The Crofoot (TICKETS HERE). CYN is also confirmed to perform at this year’s Taste Of Randolph Street festival in Chicago on June 14 (TICKETS HERE). Stay tuned for announcements on new music and upcoming live dates—coming soon. The second coming of CYN is here and it’s better than ever!