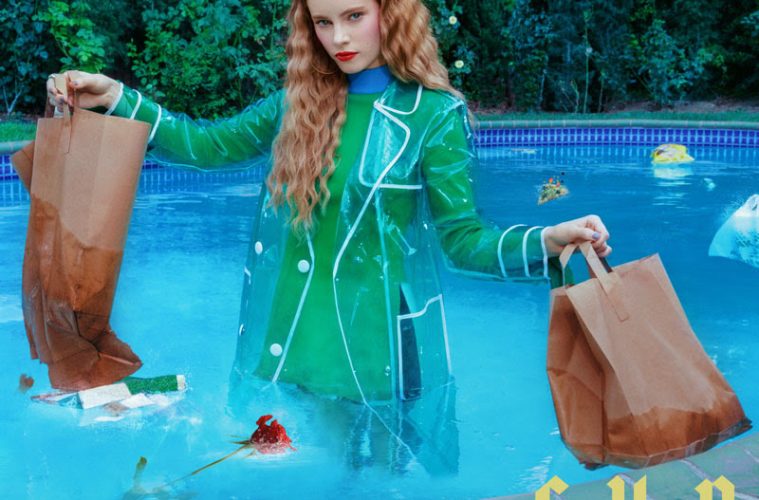 CYN returns with her highly anticipated new single, “Terrible Ideas” out now via UnSub Records. The song marks a decided shift in sound, revealing an edgier and darker side to the rising pop artist. Penned by CYN and frequent collaborator Matias Mora, “Terrible Ideas” offers listeners a first glimpse of what they can expect in 2019.

On “Terrible Ideas,” CYN’s trademark light and airy vocals skitter over a bed of dark and layered production, enveloped in heavy percussive elements, almost certainly guaranteed to raise a little hell. With a rousing, hands-in-the-air chorus, and sharp, pointed lyrics like, “I feel so alive, want you faster on the 405. Not scared to die. We get off on all these terrible ideas.” This is, quite literally CYN like you’ve never heard her before.

On her latest release CYN reveals, “Terrible Ideas is about getting involved with another person dangerously quick and loving every second of it.” She continues. “This song sounds different than anything else I’ve released because I continue to be confident enough to write things that are true to me in the moment, from the lyrics to the production.”

“Terrible Ideas” is the first taste of new music from CYN since the release of her poignant pop ballad, “I’ll Still Have Me,” which has garnered over 10 million global streams to date, and was paired with a music video that has just notched nearly 6 million streams. The song follows previous singles, including “Believer,” as well as “Alright.” To date, CYN has racked up an impressive 30 million combined streams.

CYN first entered the musical arena when she released “Together“, which she co-wrote with producer extraordinaire, Felix Snow (Selena Gomez, Kiiara, Terror Jr.). The track was an early standout for the young artist, following a chance meeting with label founder Katy Perry, who instantly fell in love with the talented popstar’s voice and her keen ability to craft a perfect pop song, CYN signed to Perry’s Unsub Records in 2016.

Last year CYN embarked on a 19-city North American Tour with acclaimed British trio, Years & Years, as well as dates with both Sigrid and Katy Perry. She is also confirmed to play a Popscene show at San Francisco’s Rickshaw Stop on April 26 with Anna of The North headlining. Stay tuned for announcements on new music and upcoming live dates—coming soon!