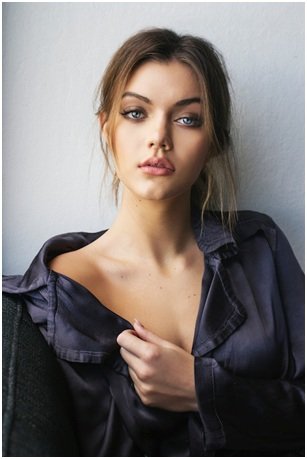 Daisy Gray Premieres the Music Video For Her Single “About You”

Pop singer-songwriter, Daisy Gray is thrilled to unveil the music video for her single “About You.”

Her 2-song EP, “About You / Rumours” is out now and available at http://smarturl.it/DGAboutYouRumours

Daisy says, “Feeling things both good a bad on an extreme level is both a curse and a blessing. But when it comes to processing, it always pours out onto a page in my journal as either a song or poem or sometimes just a journal entry. These two songs I just released are both perfect examples of when I was going through difficult times that I needed to process. Rumours was written during a tumultuous, toxic relationship with someone I thought no matter how many people warned me, i could fix him. In the end i couldn’t and had to let go and put the pieces back together. The second, About You, was kind of a by product of having tried in relationships and lost, thus giving up on love a bit and selfishly leaning on someone I didn’t want a relationship with so I’d feel less lonely. Someone that i felt guilty for spending so much time with when my heart wasn’t with him. My journal is packed with so many personal moments that I think are not too unique to just me. Life is about going through things and coming out the other side, you know and hopefully a little better and with a little more wisdom. Working with Mark on this video was an absolute blessing. His talent and artistic vision blew me away and he completely understood what I was going for and exceeded every expectation.”

While some artists mine anecdotes from their personal lives for their music, singer-songwriter Daisy Gray channels her life experiences through her melodies, lyrics, and vocals, making her uniquely soulful and undeniably Gray. The California native, who was born and raised outside of San Francisco, has collaborated with a team of producers and writers including Linda Perry (Christina Aguilera, P!nk), Kuk Harrell (Rihanna, Mary J. Blige), Clarence Coffee (Justin Bieber, Chris Brown, Selena Gomez), and the Grammy-nominated Kuya Productions, which helped launch Alessia Cara’s career.

Gray rose to viral acclaim in her mid-teens by releasing cover songs to YouTube under the name Grace Vardell. She has spent the past few years harnessing the emotional experiences through which she’s been and processed them through music.