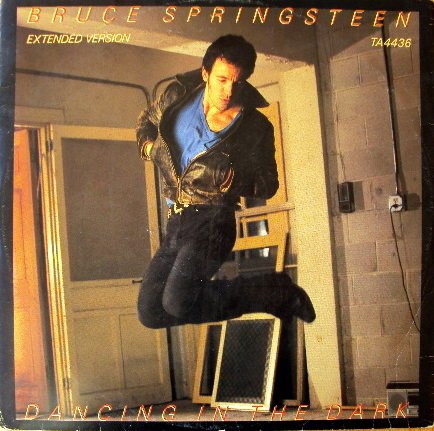 Dancing in the Dark – Bruce Springsteen

Did you hear that the boss will release a new album soon? It seems this time he will have a “country” style…..well, we are all ears…..

2013, will be the year of the celebrations of the Boss’s 64th birthday .. what is better than another world tour to do that?

We booked our ticket for the Padova, Italy show, we will cover the event from there……like all the times…..front row.

We wouldn’t had most probably “Dancing in the Dark” if Bruce was not forced by his manager Jon Landau to create a “chart’s number one” song to be used to launch the album.

Springsteen had no idea on what to write and this was frustating…..the beginning of the song is saying it clearly, he was trying but nothing was flowing.

He didn’t want to be just another gun for hire…….he was “Dancing in the dark” trying to find the right words.

At the end he did it and these eventually came out just explaining how he felt during those days.

Before we leave you to the video, just a question for you: “Are you able to recognize the young woman that is asked to join Bruce onstage while he is singing?”

Maybe yes, she is Courtney Cox, that later will become famous with the tv – series FRIENDS……