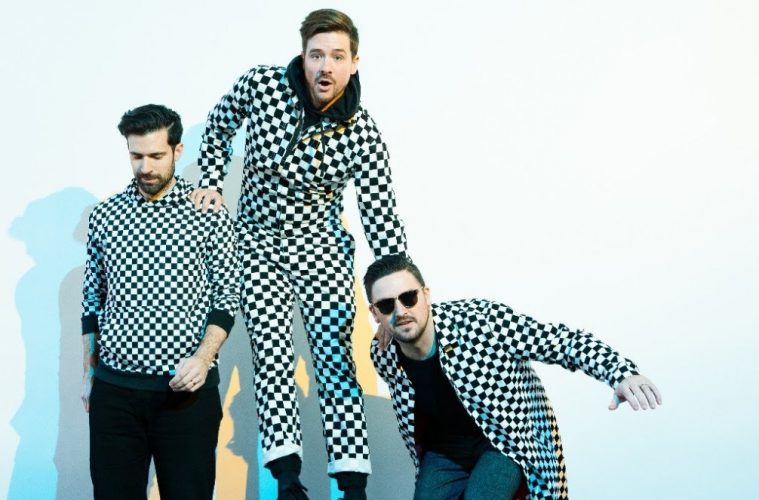 The band says, “Way You Are (ft. Ruby Amanfu)” is the beginning of a new chapter for us. All the new songs we’ll release this year are completely self-recorded (with an assist from Kyle Andrews on this one) and self-produced. With three of us now, we’re shifting how we write, how we record, and feeling more free than we ever have to experiment with what those processes look like. I moved out to Los Angeles from Nashville a couple of months ago for a change of pace and to try and bring some new outside influences into our music. We’re trying to be less precious with songs and just put them out into the world as we have them for people to hear. “Way You Are” features our dear friend Ruby Amanfu who kindly lent us her beautiful voice. She is one of my favorite vocalists and people in the whole world – it’s a real treat to have her on this recording. “Way You Are” is a song about coping with the pain of unrequited love. It’s about being treated badly but still loving the other person as much as you try not to.”

With the band now splitting time between Nashville, Los Angeles and Columbus, Ohio – DE+TGL are taking things into their own hands. Between new sounds and new cities, this year, will see the release of a handful of brand new self-produced singles.

Daniel Ellsworth + The Great Lakes is the sound life makes when it becomes ecstasy. It is the noise childhood makes when it surrenders to itself and becomes an ecstatic life. It is somehow simultaneously sweetness, energy, softness, and seduction. A strange alchemy that comes about in a town like Nashville — where they formed in 2010. It’s a place of internal Peter Pans. But there are a rare few who can be born from Nashville’s island of youth, insanity, and silliness only to survive and age into a continent of thirty-something honesty and humanity. DE+TGL is one of those rare few. Wise Lost Boys with a conscience, but still a thirsty, boyish spark. That is Daniel Ellsworth (lead vox, keys), Timon Lance (guitar), and Marshall Skinner (bass). A silky, organic monster made from the remnants of pop swagger, sunglasses, self-aware grown-up realism, road trips, anxiety, and just plain, pounding fun.

Their first full-length album, 2011’s Civilized Man, was recorded and co-produced with Mark Nevers (Andrew Bird, Yo La Tengo, Silver Jews). Here they showed the beginnings of that stylized magic, combining intricate rhythms and challenging melodies yet never straying from pop pleasantness. Civilized Man went on to be listed in the top 100 albums of 2011 by Amazon. The single “Shoe Fits” debuted at number seven on Amazon’s top 100 songs of 2011. DE+TGL was named one of the 15 Bands to Watch by Esquire Magazine in 2014. In March of that year their sophomore album, Kid Tiger, was recorded at Sputnik Sound by Vance Powell (Jack White, The White Stripes, The Raconteurs). Bemidji, a companion EP also recorded by Vance Powell, was released in March 2016.

Amidst some band changes, life changes and a bit of chaos – their critically acclaimed album, Fashion, released August 24th, 2018. It was released in three parts – Chapter One in winter 2018, Chapter Two in spring 2018, and the full album followed — reflecting the process by which is was crafted. It was recorded over the course of a year at Elephant Lady Studios in Nashville, Tennessee – engineered, co-produced, and mixed by indie-pop-mastermind-and-wizard-like Kyle Andrews. DE+TGL was already no stranger to building big sounds, but this album took that tendency even further. The scope, the sweep, and the height of the sonic space they could reach being stretched more and more – as if it were a scientific experiment in how captivating, euphoric, and pounding pop can be.