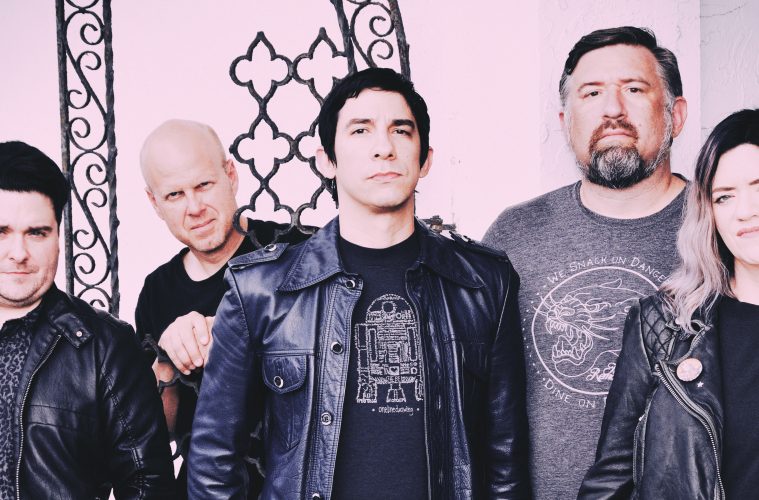 This wasn’t the case for all of the songs on this album, but I found that I would typically focus on one part of the song at a time and listen to it repeatedly to develop a solid melody, then I’d build on it from there with lyrics that came to mind.  In some cases, I would ask the opinion of my husband, Jeronimo Gomez and we’d work on certain lines, or a part of a line, together.  Most of the songs on this album were written in one or two days.

I now realize the importance of allowing yourself to be free and use life experience to draw from.  These songs allowed me to experiment a bit more than I was used to and took me out of my comfort zone in some ways.

Absolutely!  I’m a very private person and these words brought up a lot of emotion for me during the process.  It’s always going to be scary to allow people to peek into your life, but it’s expected when you’re creating something that you want people to hear.

The song “Saints in Masquerade is actually my “f—- you song”.  It’s the most meaningful on the album for me, due to a series of difficult things that I experienced before this band formed. “I hear you howl, in soft disguise” is one of my favorite lines to sing from that song.

What inspired “The Constant” from your forthcoming album Dark Celebration?

The lyrics for The Constant kind of developed into this song about someone (a hero of sorts) who’s trying to save others from harm, but is unsuccessful because they don’t want to – or can’t be – helped.  My husband and I worked on this one together a bit and we recognized the direction it was going.  It’s not a conventional topic necessarily, which I love.

Do you remember the day you wrote “For The Loveless”?

Yes, I do!  We’d seen a documentary on a portion of the population that lock themselves away from society and remain isolated.  We knew we wanted this song to be about that after the music was written.  From there it kind of flowed from pen to paper and I think the message is definitely there.  It’s not a love song – it’s deeper than that.

There’s somewhat of a constant theme when I look at the album as a whole.  It’s unconventional, but it’s about more than just love and loss, it’s about the mysteries of this place we live in and recognizing that there’s more to it than what’s on the surface.

J. Robbins was a fantastic producer.  One important thing I figured out in the studio – with his help – is that I needed to remove the headphones from my ears and just feel the drums coming from the cans on the back of my head while recording vocals.  This way I could fully hear what was coming out of my mouth and trust my natural ear in order to sing in pitch, over this heavy music I wasn’t previously used to recording over in the past.

We have a few local Florida shows in May, then we’re going to be playing two shows back to back at Arlene’s Grocery in NYC for our album release, June 14th and 15th, with other great bands that we’re excited to play with.  Before the release, we’ll be releasing a third single and a video that we just completed.  After that, the sky’s the limit!  We’re open to whatever comes along.