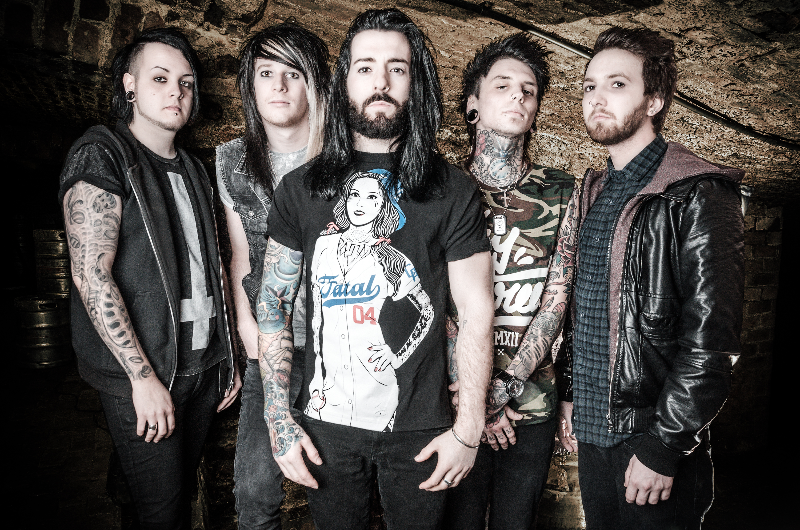 Johnny Mennell, singer of The Family Ruin (http://www.facebook.com/thefamilyruin) talks with us about their new upcoming album and lyrics…

RYL: Your new album will be released this upcoming fall, how do you feel?

THE FAMILY RUIN: We’re so excited to get the album out. It’s our first official release and for it to be debuting in the states is unreal! We can’t wait for everyone to hear it!

RYL: Is there something in common among all the lyrics of“Dearly Departed”?

THE FAMILY RUIN: There’s a really honest and bear all approach on this album. I think the overall message in this album is to have a good time, be yourself, work hard to get what you want and don’t worry if you fuck up, everybody fucks up.

There is a song for everybody on this album. From the struggles we all face in life to the times we wake up and think “Woah, what the hell happened last night?!”

RYL: Tell us about how you wrote “Let it Burn”, your new upcoming single/video?

THE FAMILY RUIN: Let it burn was a song we wrote especially as an attention grabber to get everyone interested in our new Album. We were already into the process of writing the rest of the album when we wrote this from Scratch. We wanted something that had a real bad ass attitude to make people take notice. It’s is probably the heaviest song on the album too.

The FAMILY RUIN: ‘Battle for the Sun’ is probably my favorite song to play live. It starts off really heavy and chaotic then slips into a really filthy groove. It’s got a real good vibe to it.

RYL: Which is the best verse ever wrote in a rock and roll song?

THE FAMILY RUIN: This is an almost impossible question as there are so many. I like things that are lyrically smart and well laid out and those that have such a good melody they almost rival the chorus. So its cheating but I’m throwing a few examples at you like Bohemian Rhapsody – Queen, Sweet Child of Mine – GnR and Money for Nothing – Dire Straits.

RYL: and the one you wrote?

THE FAMILY RUIN: Id say the verses of a song we have called ‘Where We Fall’. Those lyrics are about waking up the next day after partying to hard, dealing with a hangover and the consequences of anything that happened the night before! Im not sure yet whether that song is going to be on the Album or a special release.

THE FAMILY RUIN: Usually we stat with either Craig or Langley bringing a riff to a rehearsal and we’ll jam on it. Then when we have a rough idea of how we want it to be laid out we’ll demo it pretty roughly and I’ll then take the song away and write and record demo vocals at home.

We then go over the song together and make changes and improvements until we’re all happy with it. We do it this way so I can get an idea what the song may be about from the vibe the music gives off.

THE FAMILY RUIN: We’re currently finishing up some UK Dates. Then at the end of August we head out to the states to play with Crown The Empire on the ‘Welcome To The Resistance Tour’ we head all the way from West Coast to East Coast so its going to be wild!

Really excited to play with CTE and Volumes as well as Ice Nine Kills and Secrets! Looks like we’re going to be lining up some other tours after this too so we’ll be spending some serious time in America!

RYL: Which is the weirdest instrument you ever played?

THE FAMILY RUIN: I had a go at playing some bagpipes once! Those things are crazy and far too complicated! I’ll leave them to the Scotts and Jonathan Davis!