Demob Happy have revealed brand new single ‘Be Your Man’, out now on SO Recordings, and announced a full UK tour with Dinosaur Pile-Up.

Tearing towards their forthcoming second album, the Brighton three-piece are currently putting the finishing touches to their new record with producer Ian Davenport (Band Of Skulls, Gaz Coombes). Speaking of ‘Be Your Man’, which marks the first taste of Demob Happy’s second full length, frontman Matt Marcantonio explains:

“The most important thing has been asking ourselves “what are we now?”.

A lot has changed since the first album, in our heads and our situations, the things life brings. It was mutate or die… so we reset ourselves and just wrote what felt good.We could have compensated by adding more and more to make it bigger and bigger, but that’s a never-ending game of dick wagging tail chasing, and it’s not a game we play, so we did the opposite, and focussed in on harmony and swing, the stuff that excites us.It’s like The Beatles found peyote and fuzz pedals instead of acid and sitars. It’s exactly what we wanted it to be.”

Snarling summer single ‘Dead Dreamers’ (produced by Tom Dalgety and released via Atlantic Records imprint Taste and Tone) saw Demob Happy dubbed “rock giants in the making” by the NME, “their best release yet” by Clash, and “a mega-dose of Muse-nodding stadium ambition” by DIY with further praise from The Independent, Upset, Dork, and many more.

Lengthy tours followed, with the likes of The Cribs, Deap Valley, Gang Of Youths, Red Fang, as well as headlining the House Of Vans. Having just finished a festival run including The Great Escape, Tramlines, Handmade, Bristol Harbour Festival, 00AM (Switzerland) and Waldstock (Germany), Demob Happy will tour the UK through November alongside Dinosaur Pile-Up, with more dates soon TBA. 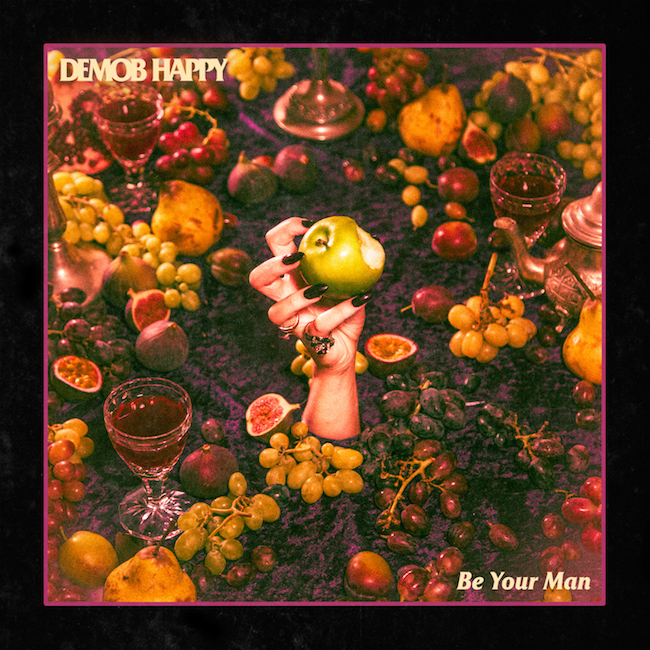