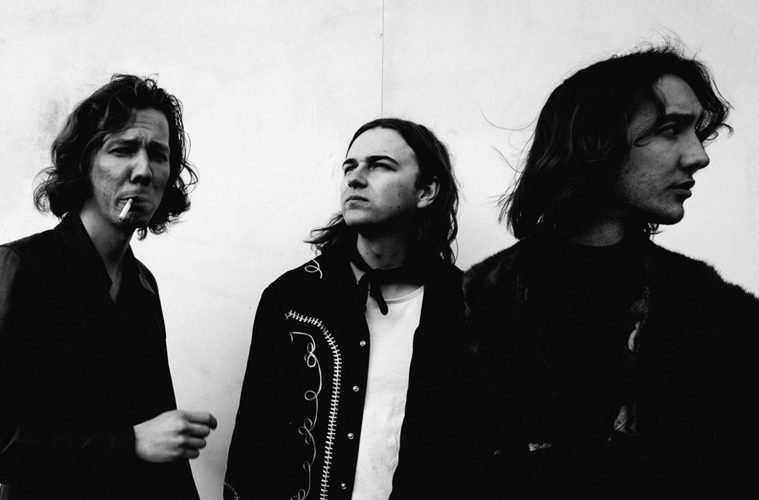 London’s red-hot desert rock band The Howlers have dropped a brand new riff-driven single and video for ‘I Don’t Love You All The Time’. Their latest single ‘Matador’ was spun on BBC Radio 1 by Jack Saunders, Sophie K & Huw Stephens, and received rave reviews from various media outlets.

Listen to ‘I Don’t Love You All The Time’ HERE

Produced and mixed by Theo Verney (Lazarus Kane, FEET and FUR) & Tarek Musa (Circa Waves, Kagoule) at Echo Zoo Studios and mastered at Third Man Records in Detroit, the track seamlessly blends rumbling vocals, heavy guitars, boisterous drums and a thumping bassline. Frontman Adam Young was inspired to write ‘I Don’t Love You All The Time’ after losing loved ones to Covid-19 last year.

Speaking about the track, Adam says “‘I Don’t Love You All The Time’ is an ode to the trials and tribulations of love and loss in modern times, an observation about understanding how to come to terms with falling out of love whilst at the same time longing to be loved in kind.”

To distract themselves from the state of the world and their own grief, The Howlers locked themselves away in a North London Factory where they supported each other by making music. Each day they travelled to and from the factory to a chorus of sirens and chanting, whilst the city around them was gripped by the Black Lives Matter protests.

The 3-piece consists of Adam Young (vocals, guitar), Cameron Black (drums) and Guus ter Braak (bass). With influences ranging from afro beat, West Coast psych music and some of the more timeless seventies records, the East London trio have undertaken 3 UK-wide tours since their formation over a year ago. The band quickly established themselves as one of the UK’s must-see live acts, gaining much deserved praise from radio royalty including BBC 6 Music, KEXP and BBC Radio 1 as well as major programming on BT Sport, SkySports and SoccerAm.

With more music set for release over the coming months, and live shows planned for later this year, The Howlers are on their way to becoming one of the most exciting acts of 2021.