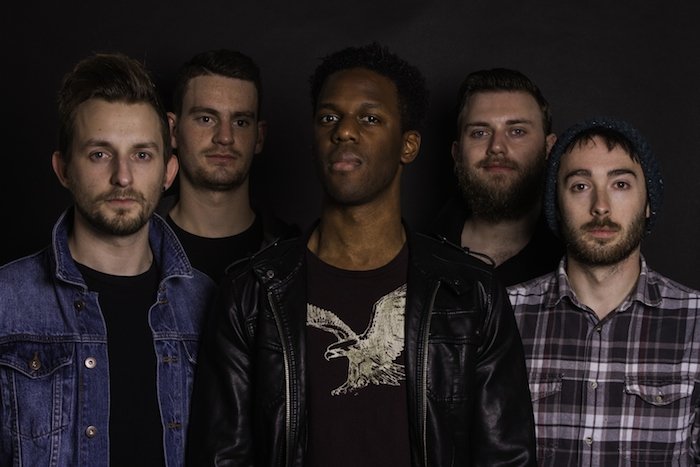 Destroyed but not Defeated – interview with CALM FOR THE RESTLESS

RYL: “Destroyed but not Defeated” is the title of your last album ; are you happy about the feedback you have received so far? What it does mean for you lyrically speaking?

Calm for the Restless: Don (vocals): The EP has had some great feedback so far. We get some good live reactions from crowds particularly to ‘After Tonight’ and ‘Bury Me in the Waves’ but the response to the recording has been positive too.

One reviewer said: “Its biggest achievement is in crafting 5 greatly unique and fulfilling songs rather than a load of 3 minute snippets of what the band could be.

This firmly shows everything they are currently capable of, and it’s very exciting”. Definitely a great start. In terms of lyrics, I think it’s definitely a step up from our first EP. The songs have a lot more depth second time around

RYL: What “After Tonight” means for you?

Calm For The Restless: Mart (rhythm guitar): The song is about realising how much the people around you are there for you.

Through all the bad times there’s good people around to help you through it. I wanted the song to have a serious tone lyrically but an upbeat structure.
Don: You can check out the vid here:

Calm For The Restless: Don: You may have already considered this but there is a nautical theme to the album.

Calm For The Restless: Definitely ‘After Tonight’. This was written on a subject close to Martin’s heart

Calm For The Restless: Don: It’s typically a three-stage process.

In the times when Mart hasn’t a written a song in its entirety (e.g. Bury Me in the Waves, After Tonight), one of us approach the other (most times Mart) with some instrument parts written, when it’s Mart with the ideas, he shows me the different parts on his guitar and we discuss the arrangement.

When I approach Mart, it’s a little more complicated since I would have the entire arrangement in my head but often lack the guitar-playing ability to show it; I then sing each instrument section to Mart and he works it out on guitar. Instruments done – at “stage 2”, involves us pitching and tweaking vocal melodies.

Then at “stage 3”, lyrics, the majority would be written by Mart as he’s more creative in that department and has more experiences to draw on.

Then the song (guitar-wise) is ready to be taught and critiqued by the rest of the band. Drums are added by Mike (drums of course) during practice with only minor suggestions from the rest of us.

RYL: What inspired “lost to the Ocean”?

Calm For The Restless: Don: Personally, I like verse 2 of ‘After Tonight’. “So here I am, I made it through the storm/ Every black cloud has a silver lining, even when it stops the Sun from shining”.

I think what Mart did with taking a well-known saying and adding the literal impact of that (i.e. the clouds blocking the Sun) and then relating that back to the metaphor of a struggle was particularly clever

Calm For The Restless: Don: The most recent song that we have written is one called ‘I’m a Lion”. It’s a fast-paced, upbeat number that we’re expecting a good crowd response from.

It’ll be played live for the first time at our upcoming show at 93 Feet East on 23rd July. Come down and watch if you fancy.

Calm For The Restless: Don: We’ve not got touring plans just yet. We’ve got a show in London coming up that we’re looking forward to and a festival in August.

We’re awaiting responses from a few more festivals so maybe reading this article might twist a few arms. Follow our Facebook page to stay up-to-date: www.facebook.com/calmfortherestless

RYL: do you remember how you wrote “bury me in the waves”?

Calm For The Restless: Mart: I’d written a nice arpeggio that would lead to a chorus with a memorable vocal hook, or at least that’s what I was aiming for.

Then the song would gradually build colossally incorporating the rest of the instruments. I even had a big gang vocal sorted in the bridge! I just didn’t have a title or catchy lyrics for the chorus.

I went for a run after a writing session one night at home and just as I was on my way back the lyrics just popped into my head “bury me in the waves”. And that’s pretty much it!