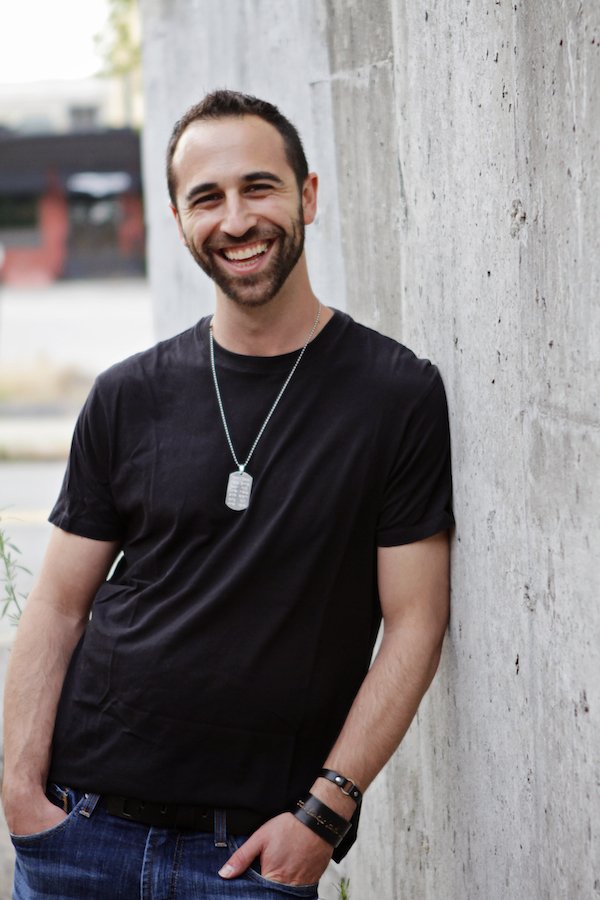 DIAMOND FROM COAL interview with MY SILENT BRAVERY

RYL: In a few weeks you are going to release “Diamond From Coal” , the remix version…..how successful was this album, what it means for you and which will be the reaction of your fans when they will listen the songs under a different sound?

Diamond from Coal – the remixes is officially out now and I am really excited about the reaction from the fans on it.  The original album was very well received so I had an idea to recreate some of the songs. I think I came up with idea for the remix project about 2 or 3 years ago and have been putting it into motion since.

I really wanted fans to be able to listen to my music in some different settings than they might normally.

For instance, I wanted them to be able to hear a song in a club or want to work out to it at the gym. I think music is really mood related and I wanted fans to have something from MSB when they were in the mood for something really upbeat.

RYL: In the first single P.O.V. you are collaborating with Shea Rose… until today, which was the most interesting collaboration you have done?

I would say my collaboration with Matisyahu on “To Give” was probably the most interesting. I am very proud of that song and to work with Matis on it was very cool and a great learning experience for all of these new collaborations on the Remix album.

I would say there is a common thread and that is that my songs all have a piece of me in them. I have written or co-written all of them so there are common themes that I address in my music.

For instance, I really want to create music that inspires, helps, and motivates others to overcome their challenges in life so I write a lot with that in mind.

RYL:  Do you remember how the lyrics of “To Give” have been written?

I knew what I wanted to say with the song – but expressing that can be difficult especially when it comes to deeper topics like the one expressed in To Give.

I try to be open in the song writing process of how a song will manifest but I do tend to most of my writing in a similar manner. I write the majority of my stuff on the guitar.

I usually come up with a chord progression that feels good and that is somehow inspiring to me. Then, I’ll come up with a melody for the lyrics over that.

Usually, the lyrics are the last thing to come and it’s a lot of refining. It’s like putting puzzle pieces together but it’s a great feeling when the puzzle is completed.

RYL: What inspired “On My Side”?

I started writing this song about overcoming doubt and it began as a sort of a conversation between me and god.

The song starts “Having trouble believing, please send me a sign”. I thought that was a strong way to begin the song and something that many could relate to.

The verse develops the idea further and the chorus is the acknowledgement that it’s up to me to decide to overcome the doubt.

The initial lyric on the chorus was I have got your “light” on my side.  While writing the chorus, I also realized that it was also about acknowledging all the love from family and friends who had been supporting me over the years and who helped see me through overcoming doubts.

I ended up changing the lyric from “light” to “love” for a more universal appeal. I thought more people could relate with that lyric.

In addition to my connection with the song and its meaning, it is important for me for listeners to relate it to their own life, with whatever obstacle they are experiencing and people who have supported them.

As mentioned earlier, I really want to create music that inspires, helps, and motivates others to overcome their challenges.

I think one of the most important things is to always keep this in mind because the music business can often be a roller coaster of emotional highs and lows.

So the important thing is to remember and be conscious of why I am doing music.

I am not sure I have the answer to that haha.

I do think that the song To Give is one of the most meaningful songs I have written to date and I am proud of the lyrics and message in that song.

The last song I completed is a song called “Breakthrough”. I am excited to get into the studio and record it. It has some cool melodies on the chorus which felt like I had some sort of mini breakthrough, so perhaps that helped inspire the song title : )

RYL: Which was the main obstacle you had to overcome in your career?

I had a sports injury in 2001 that has been the main obstacle in my life. I was travelling in Australia and working out in the gym and ended up herniating a couple of discs in my neck.

The injury led me to do a lot of soul searching for pain relief which led to me to spirituality, more specifically kabbalah. As a result of my studies in Kabbalah and working on myself, I realized I wanted to give back to the world at large and music was the vehicle I wanted to use to help spread a positive message. I think everything happens for a reason.

The injury helped me recognize it’s important to pay it forward and help others. It’s what made me realize that I want to create music that inspires, helps, and motivates others to overcome their challenges.