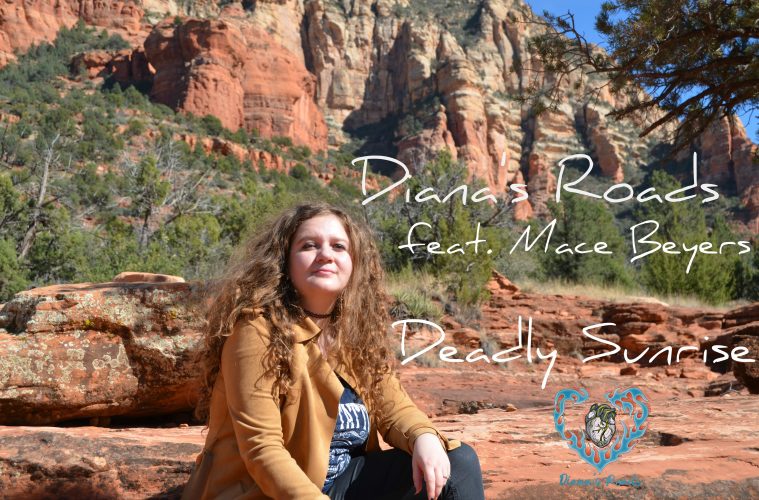 Diana’s Roads started as a music & traveling project dedicated to the late Chester Bennington, Diana’s friend & mentor for the past four years, who noticed her talent back in April 2017, while she was attending a private event for the release of Linkin Park’s latest album – “One More Light” in Hamburg, Germany.

Chester shared his microphone with her for “Battle Symphony”, only to do it again, two months later, when he gave her all of Kiiara’s parts from “Heavy”, singing the whole song together as one memorable duet, at his last show from Berlin, in front of 30.000 people.

“When your favorite voice in the world says he loves yours, all the mental barriers & doubts that prevented you from singing publicly tumble down. Chester has been my greatest inspiration and motivation since I was 11. I chose a career in Music Business & Journalism, hoping one day I’ll get to work with him & his bands.

He was the one who noticed my voice and advised me to do something about it. That’s how I started Diana’s Roads. After he passed, I found my relief in front of the microphone singing his songs. This song is magic to me because I wrote the lyrics at my home, in Romania, back in November and when I went to his hometown in Arizona, this March, Mace Beyers, Chester’s band mate from his first band – Grey Daze, told me he’s been working on a song dedicated to his friend, but he couldn’t come up with the verses, as he only had the chorus. He proposed me to jump on this track, as he heard my covers. We were shocked to see my lyrics perfectly matching the metrics of this song and the theme. This was divine inspiration and we’re happy to share with you today our homage paid to our beloved friend”, says Diana. 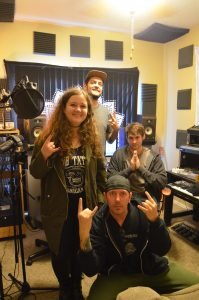 “Deadly Sunrise” was written by Mace Beyers and Diana Ciobotea and produced by Teryn James Cooper and Brennon Smith, in their studio from Phoenix, Arizona, mastered by Stefan Marin in Romania, with haunting violins played by Heidi Gadd.

The video for this single was shot on the mesmerizing trails of Sedona, Arizona, under the direction of Diana & Mace, with Carmen Cioroianu as the DoP. It shows the singer experiencing a wide set of feelings while searching for her equilibrium, going from hopelessness to comfort, all the way back to pain and finally trying to leave the suffering from the past behind, keeping only the good memories in her heart, while walking her road in life.

“We chose Sedona for the video shooting because this place was close to Chester’s heart & means so much to us. Chester and I used to go there to relax in between our shows and recording sessions as Grey Daze, with our band mates Sean Dowdell and Bobby Benish. After he passed, I lost my mom too and I was inspired to compose Deadly Sunrise, in the hope I will never wake up again to the news of losing someone I love. Diana was the missing piece of this puzzle that we tried to solve for months. Her lyrics and voice perfectly express the pain and the hope that we all feel after our lives have been turned upside down. She was part of our crew for the Grey Daze reunion show we planned with Chester and now she’s part of our family”, recalls Mace.

Diana’s Roads’ journey started with a cover for Linkin Park & Kiiara’s – Heavy, with a video ending with her & Chester singing together the song:

Deadly Sunrise is available for streaming and download on all digital platforms.