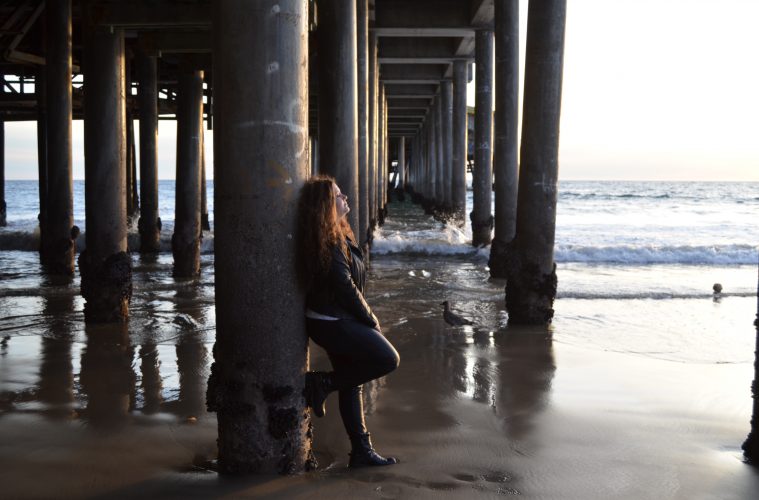 Diana’s Roads releases soulful cover for Ashe & Finneas’ new single – ‘Till Forever Falls Apart‘ – on what would have been Chester Bennington’s 45th birthday.

“The moment I heard this song by Ashe & FINNEAS I knew I had to cover it & release it today, on Chester’s birthday, using footage I shot while celebrating his bday three years ago, in Los Angeles, CA. They say souls meet long before they are sent on Earth. I believe in love between friends, the pure kind of, that knows no boundaries, no distance, the one that not even death can tear apart. This is to you, my dear friend, my inspiration & motivation to be everything I am & will be. I will love you till forever falls apart! Happy Heavenly Birthday, Chester!” – Diana’s Roads

Four years ago, on a Spring day in Hamburg, Germany, Diana Ciobotea aka Diana’s Roads would see her lifetime dream coming true: singing with her all time favourite artist & friend, Chester Bennington of Linkin Park/Grey Daze. Little did she know that it was the beginning of what would later become her music project.

After noticing her talent in Hamburg & encouraging her to do something about it, two months later, in Berlin, Chester jumped off the stage to make a duet with her for Linkin Park‘s hit single ‘Heavy‘ with Diana doing Kiiara‘s parts in front of 30k pairs of eyes, on Mercedes-Benz Arena.

After his passing, she decided to take his advice and found relief in the studio, doing covers after his songs and writing her own music under the moniker Diana’s Roads. Her debut single would find her by the side of Mace Beyers, Chester’s bandmate from his debut music project – Grey Daze. While in Arizona, they got together in the studio to write a song for their late friend – “Deadly Sunrise.”

A year later, she’d have her debut concert on Hard Rock Cafe Bucharest‘s main stage, packing the location with family, friends and people who came out for an acoustic evening out, asking for an encore at the end. That was when she performed for the first time live “Deadly Sunrise” (stream HERE) and her latest single – “Mountain Girl.” (stream HERE)

Diana writes her own lyrics and directs and edits her own music videos. During the pandemic she used the time home, in Romania, to write songs for what will become her debut EP and also contributed her songwriting prowess on unreleased yet singles for various artists.

From a simple music fan who had a dream since childhood to a singer-songwriter who takes small, but powerful steps while mastering her talent, Diana’s Roads is our recommendation of artists to watch and we can’t wait to hear new music by her soon!