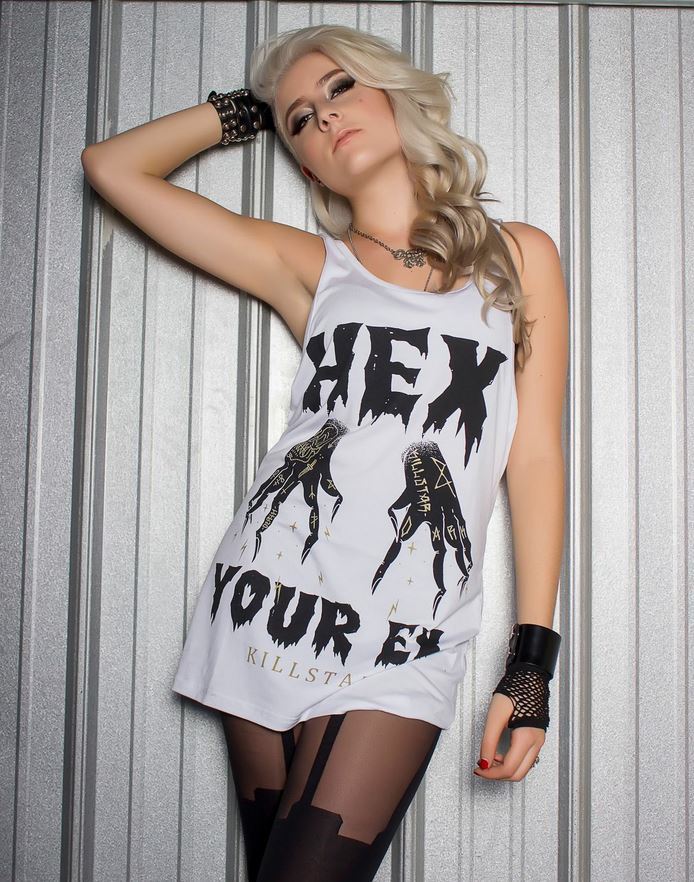 RYL:  One month and you will release your new EP “Dirty Blonde”, what it means for you? Are you planning something special for its launch?

DIAMANTE: I’m very stoked! I began writing the EP in April of 2014, so it has been an entire year of waiting to show the world what I have been hiding all this time.

I’m very proud of this new music because it was the music that I wanted to do despite many who urged that I go less edgy and more pop.

DIAMANTE: I wanted all the tracks on the EP to have attention-grabbing, suggestive titles.

The title really has nothing to do with the song except for in the bridge when I randomly tell the story of how I woke up on the beach in Ventura the morning of my high school graduation and got pulled over by the cops right after.

The reason why we put that part in the song was because the day I came into that writing session was the very next day, and when I got up from my seat there was a pile of sand where I was sitting. So naturally, my producer asked me why the hell I was so sandy and told him the story.

DIAMANTE: The songs off the EP all have their own personal inspirations, but they are mainly about having fun despite fear and judgement.

I really just wanted to create music that would provoke, rattle, engage, and inspire people to live freely being who they are.

Not only do I see this EP as being relatable to the new generation, but to women specifically who choose to be strong and not be defined by what society says they should be or how they should act.

DIAMANTE: I got a pocket full of sand / I got arrested by the man / He said “no sexin’ on the beach” / I said, “I’m only seventeen”

DIAMANTE: Every song has a different process, but I’ve found that the best songs are the ones that come out effortlessly and just flow.

Lately I’ve been writing my songs on the spot in the studio with a concept already in mind. The energy in the studio is great, it’s such an amazing creative space and everything always seems to fall together.

RYL: Tell us everything about “Bite your Kiss”….

DIAMANTE: “Bite Your Kiss” is the little devil that really started the entire “Dirty Blonde” phase; it was a new chapter for me personally and musically.

I was finally branching out and writing what I wanted to write without any constraints or boundaries. The song is very sexual, but the lyrics are not direct and full of double meanings which I found to be really playful yet risqué.

The song was inspired by a friend’s  show I saw the night before at House of Blues. They were a hard rock / metal act and they made me realize I wanted to write edgier and heavier music.

“Bite Your Kiss” was written effortlessly because it really felt genuine.

RYL: Do you remember the day you wrote “ Impossible”?

DIAMANTE: I do! I was fourteen at the time and very intimidated at first. I remember sitting down in the studio with the producer and co-writer thinking I was just getting a listen to the track until they asked to start writing right there.

I had never done a writing session before so I asked to have some time to myself to write the lyrics and ended up writing them at my house the next day. I came back to the studio a week later to show what I had written and all they said was “Ok, let’s lay some vocals down!”

DIAMANTE: The last song we wrote for the EP is the track titled “Hard Rock Boys”. I’d have to say that this was one is probably the most shocking and provocative  of them all, mainly because we knew it was the last song and we wanted to go out with a bang.

DIAMANTE: Yes! I am leaving on April 5th for a month for Revolver magazine’s “Hottest Chicks In Hard Rock” tour.

I am so excited because not only is it my first real tour, but the line-up is incredible! I’ll be sharing the stage with awesome bands like Flyleaf and The Agonist.

I’m in the process of creating my merch line which will be available for fans also online!

I’m planning on a second tour as well, but I am not allowed to say who with yet.

RYL: How does LA contributes to your music?

DIAMANTE: Greatly! The whole lifestyle has played a big part in the EP from the people I have met to the things I have seen.

I wanted to capture this moment in my life of me living on my own as an eighteen year old in Hollywood. Everyone here is very open and it has led me to be very open in my own music.

RYL: What inspired “Dirty Blonde”, first single of the album?

DIAMANTE: The title did, ironically enough! We had already produced the first three songs and were debating what to name the EP.

The “Dirty Blonde” title came to us and we decided we had to write a song about what it meant to live like a dirty blonde. Being a dirty blonde is an attitude – a lifestyle. It is having the mentality of a brave, wild, and genuine free spirit who chooses the freedom to be who they are, as they are.