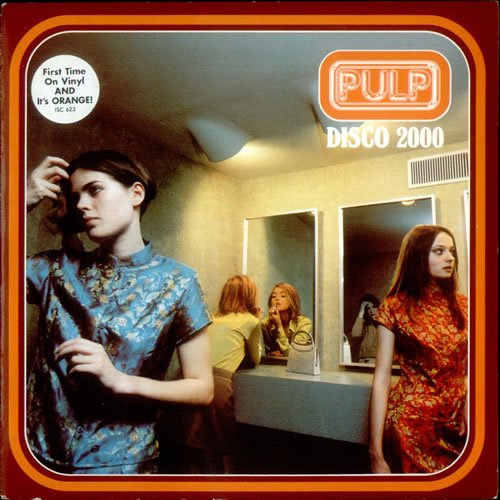 Together with Oasis, Verve, Blur, the Pulp are one of the most representative bands of the Brit Pop genre.

Their music, we would say, is the most alternative among all the others, a mix between post-punk, indie rock, brit pop and indie pop.

They have been founded in Sheffield in 1978 by their frontman Jarvis Cocker while he was still going on high school; other members are : Candida Doyle (keyboards), Mark Webber (guitar), Steve Mackey (bass) and Nick Banks (drums).

Till date they released seven studio album with an hiatus that lasted almost twelve year, 2013 is supposed to be the year of the so-much-waited latest studio album.

“Disco 2000” is one of their most famous commercial success together with “common people” one of our most favorite songs……a fight of class between who survives and who believes that poor is cool.

In an interview Jarvis would admit that the song is talking about real life and based on true events, we don’t know, most probably a old school friend of him from Sheffield that will later get married breaking the promise to meet on the year 2000.

That promise maybe was the one that we all did when we were young…. “if you will not be married before xx date, then it means that we should get married”….. for us it didn’t work, what about for you?.