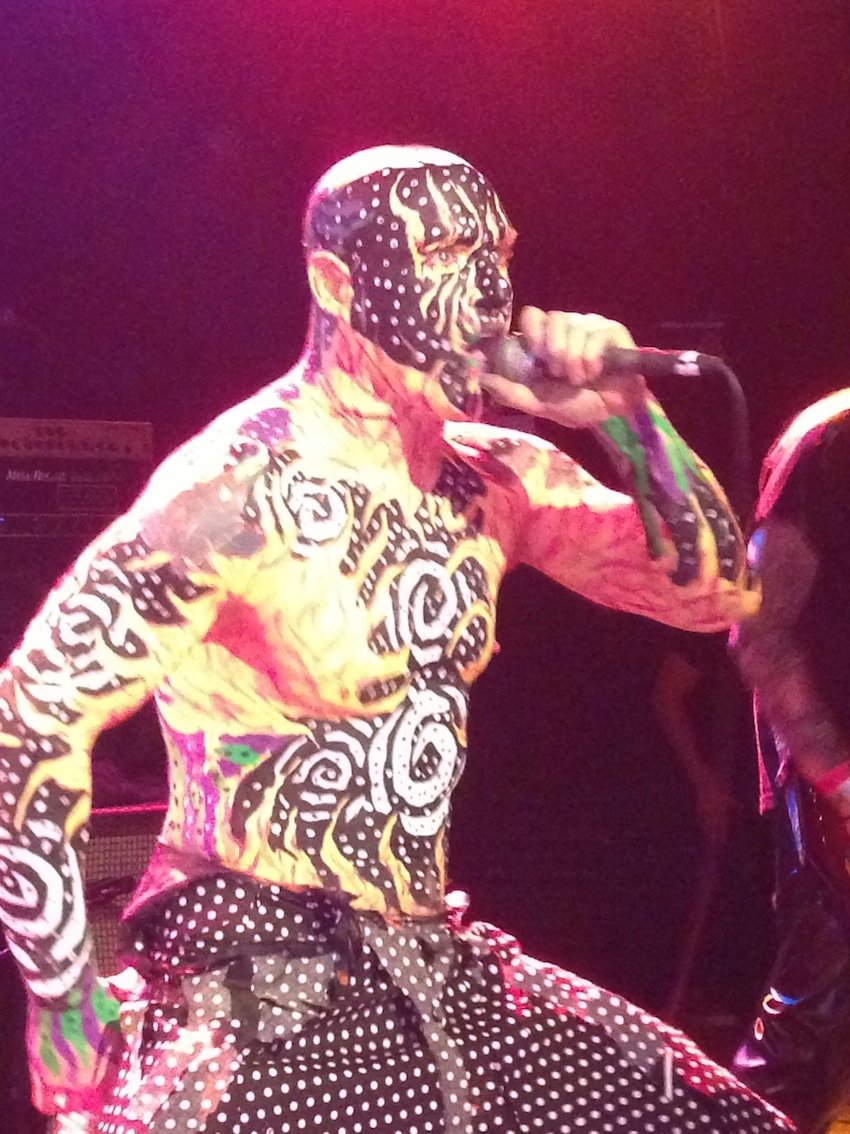 When the first saw Dive Bomber (http://www.divebomber.org) this summer at The Roxy,  we were quite impressed about the energy they put in their show. At the end of it they gave us their cd and it was just GREAT! Today we interviewed their singer Nomad that answered to our questions:

RYL: Let’s start from the first time we saw you live, it was this august in Los Angeles at the Roxy, you did a great show, the crowd was just going crazy! What do you remember of that night?

DB: The Roxy is a great club! DIVE BOMBER’S fans know the words to the songs! The main thing I remember about that gig is people singing along to DIG IT!

RYL: We were there on the front row and you gave us one cd of your album “Pinups in Parachutes”, we would say a great one! How you ended up selecting its title?

DB: When we 1st formed CATFISH wanted to have a calendar of hot chix/DIVE BOMBER DOLLS/ our street team,,,,, thus the name PS: it will happen LOL

RYL: Who is writing the lyrics of your songs? How do you write them?

DB: We want our songs to inspire LOVE and UNITY in the hearts of the world, I wrote these lyrics while working at TEAM LINK on the east coast (DIVE BOMBER EMAILED ME music from the BOMB SHELTER)

RYL: “Dig it” is our favorite song of the album, what it does represent for you? What is behind its lyrics?

DB: “OPEN THE 3RD EYE” Take a moment in your day and smell the roses AND REMEMBER “we are all in this together!”

RYL: You are planning to release a new album very soon correct? Can you tell us some insight about it? How the studio sessions are going?

DB: Our new album is tentatively called “AMERICA THE BEAUTIFUL” We are in the very developmental process right now, its really fun—

Its like being DR FRANKENSTEIN! 1 OF our songs in surgery right now is called THE NEW VITAMIN

RYL: While you are preparing it, you still have the time hit the road with several shows all across the state, we must say your energy on stage is incredible.

Which was the best show you had so far?

DB: BEST SHOW? Opening for Lita Ford,, no wait playing with STONEBREED, no wait…..opening for REVEILLE FOR RADICALS no wait LOL!

We are having such a great time

RYL: Let’s talk about another song “ Monster”, when and how you wrote it?

DB: Monster’s music was written in the DIVE BOMBER LABORATORY and I BLED the lyrics while doing JIU JITSU @ TEAM LINK

RYL: You are from San Diego, but one of your songs is dedicated to the city of light, LA… how important this city is for you?

DB: HOLLYWEIRD IS THE JOINT! Buuuuuuuut TMZ drives by and comments “this is where JIM MORRISON took a piss” as if ROCK AND ROLL is dead?

RYL: Tell us about your “outfit” you are changing colors quite often we see…..  what these all represent?

DB: the painted man is a vision quest—- In my dream their is a man standing on a cliff with his back to me– he slowly turns around– The day of the show I paint the design on him– this is my war paint– I DECLARE WAR ON ROCK AND BLEEPIN’ ROLL