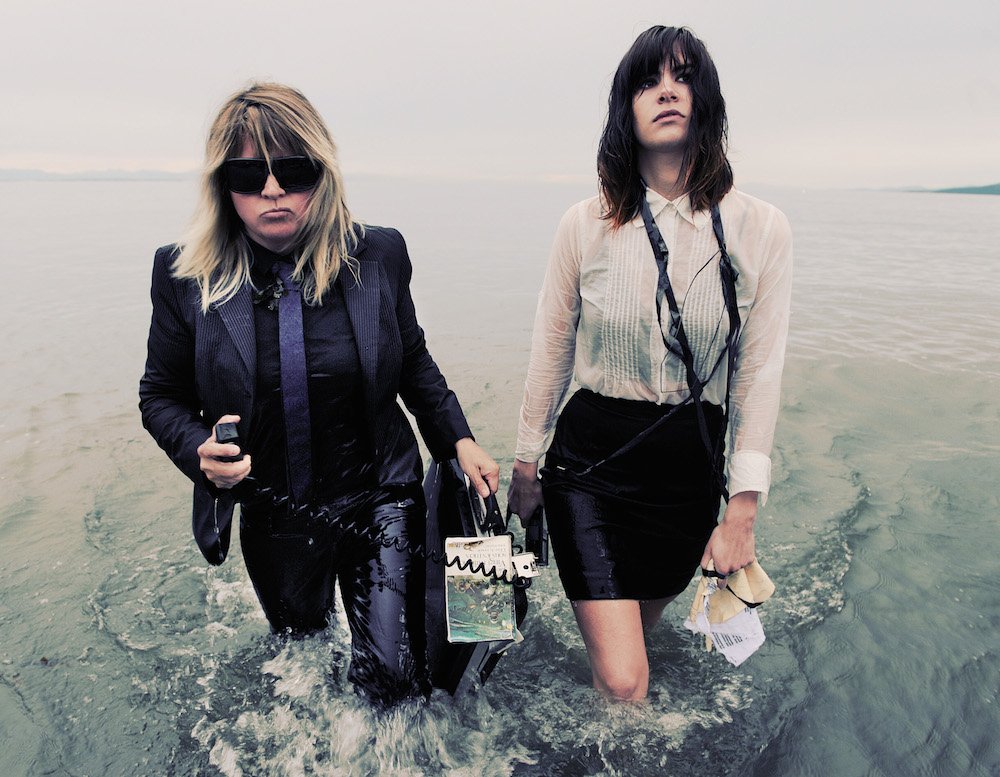 Do Not Engage – interview with The Pack A.D.

Maya, drummer (and not only) of The Pack A.D (http://thepackad.com)answered our questions regarding their music and their new album….

RYL:  One month since the release of “Do Not Engage”, your new album, how is the reaction of your fans and press so far?

The Pack A.D. :Everybody’s been really into it. We’ve had a super reaction from both fans and press. I have not been personaly hit by a tomato yet.

RYL:  We just finished to listen to it and we love it! Our favorite song is Creepin’ Jenny, what inspired its verses?

The Pack A.D. : You are much too kind. And, bonus, because that is my favorite song as well. I was reading a collection of short novellas by Stephen King at the time and Creepin’ Jenny was definitely inspired by that.

RYL:  While, according to ITunes, the fan’s favorite song is Needles, why in your opinion?  What is the message related to it?

The Pack A.D. : I was not aware, hmm, interesting. It is a really lovely song in so many ways so I’m not surprised. Becky wrote the lyrics to that one but I can say that there is no specific message. It’s up for the listener’s interpretation.

The Pack A.D. : We each come up with our parts, we jam together till we like something. We both write lyrics. It’s all very at the same time and at practice.

RYL:  What is the most important message you want to communicate with your music?

The Pack A.D. : Actually if I could think of one thing it would be to hopefully inspire people to read more. A lot of our songs are inspired by favorite books.

RYL:  Which was the hardest moment of your career? How you were able to overcome that difficulty?

The Pack A.D. : I honestly can’t think of a moment that I would want to share. But I will say, time helps things always.

RYL:  Let’s talk about “Big Shot”, how did you write its lyrics?

The Pack A.D. : Ah, yes, I always start off with any song I write just free writing words that fit into how Becky is singing and then from there I get the story and refine them.

The words Big Shot, I came up with before anything else so it really made it quite easy to come up with the rest.

RYL:  You are currently in tour across USA… your shows, according to all the critics, are all about an amazing energy…..which show was the best so far?

The Pack A.D. : Wow, we’ve had some really great ones. I’d say Chicago and Portland and Los Angeles and Austin…okay I can’t say them all?

RYL:  and which was the craziest thing a fan did for you?

RYL:  Is there any guilty pleasure in music?