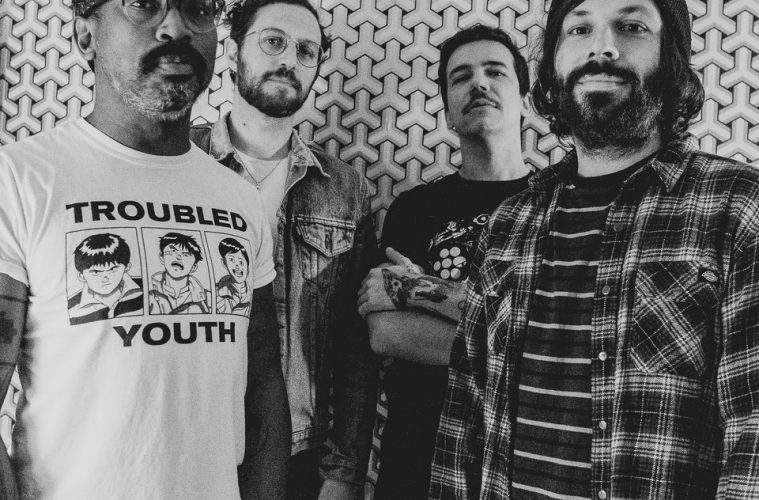 Do Not Return Fire – Interview with Flèche

Nicolas: We usually write music long before I start writing my lyrics. Most of the time the mood of the instrumental song influences what I want to write. I used to write down bits of sentences in a notebook or on my phone… but what works for me best is writing under pressure just a few days before going to recording sessions. We’re both lead singers, but on a same song we manage to write our respective parts without much difficulty.

Mickaël: I play my guitar and some riff comes out… I don’t really know. And for the lyrics it depends, sometimes I have a clear idea in mind, sometimes I have to write something just before the studio session.
In your opinion, what is the most important thing in songwriting?
Mickaël : Hmmm… Let’s say you have to feel something when you play the song.
Nicolas : Yeah, you have to write something that will still resonate with you the 200th time you play that song again.

Mickaël: Not at all!

Nicolas: I try to hide certain aspects under layers of imagery. Mostly for me, so I don’t roll my eyes when I read them later, to keep a perspective on it. I wrote my first lyrics when I was a teenager reading Kurt Cobain’s or Chris Cornell’s or Baudelaire, the way they use metaphors still influences me to this day.

Mickaël: I think “Long Before” on this album is something important to me.

Nicolas: “Wait, Sit, Listen” has some of my most meaningful lyrics in it.

What inspired “Gold and Black”, part of your latest album “Do Not Return Fire”?

Nicolas: This song is for all the times we should shut up and just listen to people who need it the most.

Do you remember the day you wrote “New Sun”?

Nicolas: Most probably a couple days prior to recording, like most of the lyrics we wrote for this album.

Mickaël: I found this riff playing guitar at home, and when we played that song with the band I was unable to find something cool to sing, so Nicolas is singing this song.

Nicolas: There’s more or less a recurring analysis on growing up, building families, while living with our past, present and future mistakes.

Mickaël: We hope to play a lot of live shows.