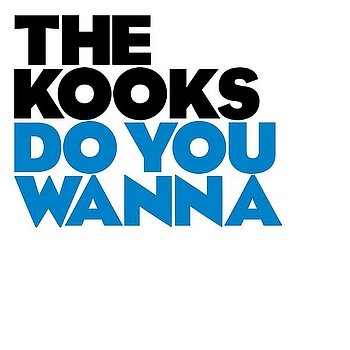 Kooks are a band relatively young in the rock scene, they have been formed nine years a go in 1994 and, since then, they released three studio albums, the last one two years a go titled “ Junk of the Heart”.

The music of the Kooks takes inspiration from the classical british rock (like the Stones, Police and David Bowie) with infulences ska, britpop and reggae (sometimes).

Their career started a bit as a game while it became a real profession quite fast …..four month after their first demo they have been signed by Virgin…….it doesn’t happen every day.

Their name comes from a song of David Bowie released in 1971 (we told you that they were inspired by the british rockstars!)

“Do you wanna” is one of their most known song, it has been released back in 2008 as part of the album “Konk” (name of a famous recording studio in London).

The lyrics are quite explicit, these talk about a guy that wants to make love with a girl, he is convinced that she wants it too but something is wrong…

It is because the girl had bad experiences with man before? She doesn’t want to feel the same anymore…..so , in a certain way, she runs away from him.

Will Luke get her? We think he did…..

The video, on the opposite, doesn’t look so romantic, Luke is walking in to the “sexy” area of Paris, full of prostitutes and “red lights” clubs