Dogs and Cats /Living Together – Interview with THESTAYAWAKES

rockyourlyricsApril 27, 20180 views
Rock Interviews0 views 04 min read
Let’s talk about your new album “Dogs and Cats /Living Together”will be released in a month….is there a link/something that connects all the lyrics of the album?
Sure, the record is about where we are currently at in our lives.
There are themes of reconnecting with old friends (Keepsakes and High School Weirdness) also trying to support people with getting over situations in their lives (Sophie, Inevitable Truth).
Are you ever scared of revealing, aspects of your personal experience, to strangers through your music?
Of course, this is part of being a creative person. Almost always the themes I explore are universal and if somebody connects with a song, lyric or music in a little way that helps them overcome something then you’ve achieved something positive.
What has your journey in the music industry been like up to now?
From my personal perspective, really positive, although I struggle with the word ‘industry’ at times. Most of our experience has been in the DIY and punk rock communities and through this we’ve been incredibly fortunate to work with some inspiring talented and hard working people.
When I was younger I worked in a great venue in Southsea called The Wedgewood Rooms and got to work for the promotion PVC on some bigger shows too. I used to make the rider for bands like Queens of the Stone Age and such. I saw how the industry worked from a little window and I was hooked. 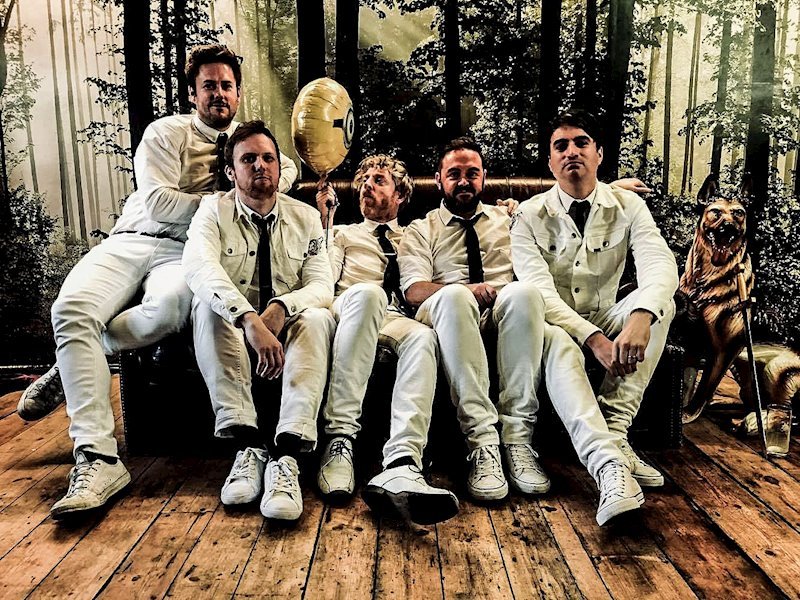 What was the soundtrack to your childhood?
It would have to include The Beatles’ Sgt. Pepper’s Lonely Hearts Club Band and Beach Boys 20 Golden Greats as these were the tapes my parents played all the time.
Queen’s Greatest Hits 1 for sure. Any time I hear Shoulder to the Wheel by Saves The Day and the line ‘the radio is playing Queen, we’re rocking out’ it raises a smile.
What was the first record you ever bought?
Honestly? Michael Jackson’s Bad was the first album I believe. I must’ve bought it with some Christmas money or something, I didn’t even have a CD player at the time.
What is your favorite song (not written by you) lyrically speaking?
So hard to say! Ash’s A Life Less Ordinary was our first dance at my wedding so I’m going to choose that. Tim Wheeler has an incredible way of capturing the wonder of a love affair. Few pop songwriters can touch him in that respect I feel.
A favourite contemporary lyricist is Joey Cape from Lagwagon/Bad Astronaut/Scorpios.
What inspired “keepsakes” ?
It’s for my four friends in the band essentially.
Do you remember the day you wrote “high school weirdness”?
Yes, we were at Quay West studio in Gosport it was  originally a jam called ‘Sandy Balls’ (don’t ask!). Steven and I just locked into it straight away. High School Weirdness came a bit later.
What inspired “no shame”?
Being in need of another song for an EP I was recording at the time! It’s an outsider anthem written in bed after drinking red wine and smoking. Musically it’s inspired by an awesome band called The Mountain Goats.
What is the best show you ever played?
We got asked this the other day and couldn’t agree. However the time we played Bad Apples in Leeds with Harker, Arms and Hearts and Zapiain and it snowed has to be close.
What are your plans for 2018?
Touring, playing with more rad people, festivals and rocking out in the sun. Also getting out to every place we missed on the last few tours pretty much. We’re just about to do a new video which we’re looking forward to.