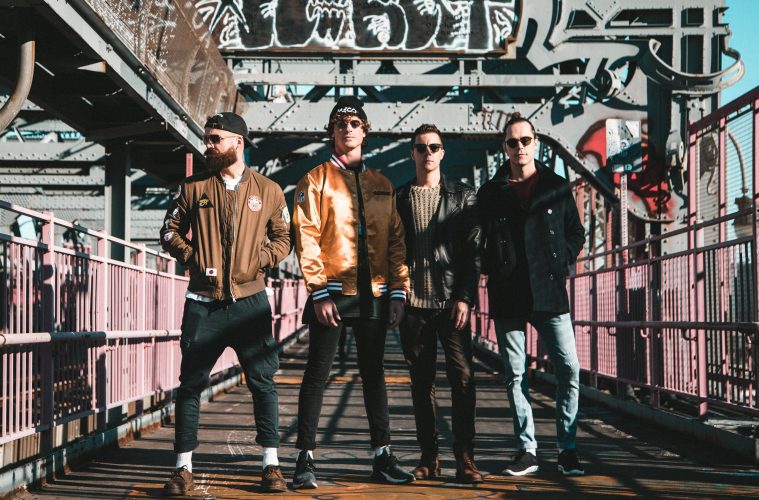 Don Broco have dropped a high-powered track aptly titled “Action.” The new single is the perfect representation of everything that Don Broco are about – powerful tunes and inextinguishable good vibes. It’s crammed full of big riffs and even bigger hooks, laced with their signature British swagger spilling out of every note. Guest vocal spots from their friends Tillian Pearson (Dance Gavin Dance), Caleb Shomo (Beartooth), Tyler Carter (Issues) and Taka Moriuchi (One OK Rock) contribute weight to the already formidable mass of the track.

The stop-motion video features Don Broco’s lead singer Rob Damiani, and the co-vocalists on the track, depicted as action heroes. In classic Don Broco fashion, the video is creative, action-packed and doesn’t shy away from the shocking moments. On the track, Rob shares “We’re all gonna die at some point so get the fuck up and do something with your day/week/life. That’s what Action is about and it’s been rad linking up with a load of our mates on it. There’s not nearly enough collabs going on right now in rock music so we’re bringing back the vibes with help from the absolute dudes Taka, Caleb, Tyler and Tilian.”

Fans can stream the video for “Action” today at https://fanlink.to/DBACTION.

Don Broco just finished up a run of Asian shows in South Korea, Taiwan, Indonesia and the Philippines and are gearing up for their first-ever North American headline tour. With support from Sleep On It, Trash Boat and Selfish Things, the 24-date tour has already sold out many venues including the New York’s Gramercy Theatre, the legendary Troubadour in Los Angeles and The Fillmore in Philadelphia. Tickets are on sale now at https://www.donbroco.com. 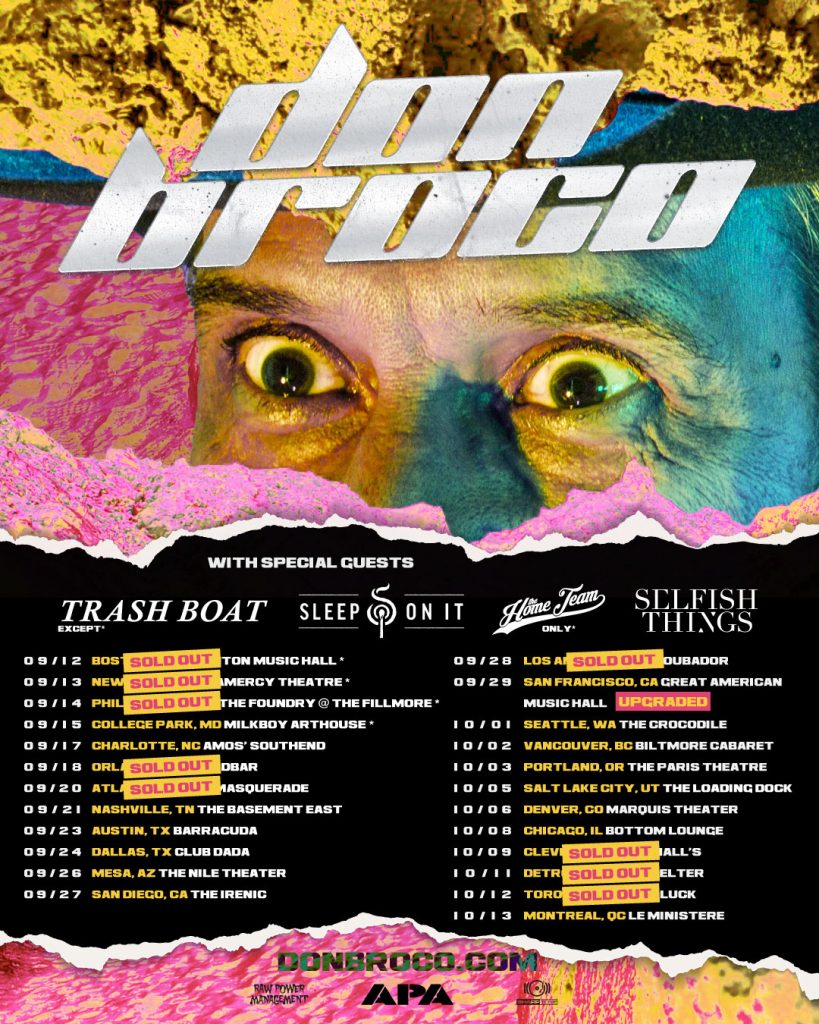 Earlier in the year, the band headed out on an extensive European run, including a number of UK arena shows, which saw them sell out two dates in Manchester and play to a packed-out Wembley Arena. This summer, Don Broco returned to the UK for a number of festival appearances and played at Community Festival, Kendal Calling, Y Not Festival and Truck Festival, garnering nothing but praise for their relentless high-octane performances.

“Action” is the second single from Don Broco in 2019 and follows their earlier smash hit “Half Man Half God” – both of which are brand new tracks, following their critically acclaimed 2018 release Technology, that hit #1 on the UK Rock & Metal Albums and #5 on the overall UK Albums Charts.