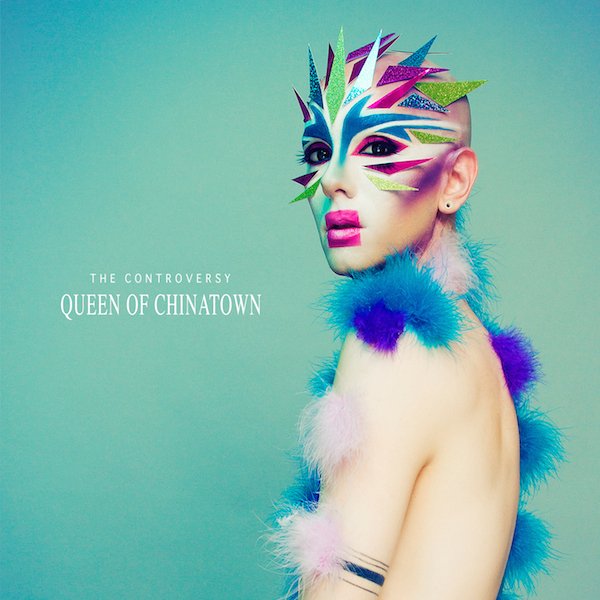 RYL: The last song you released is titled “Queen of Chinatown”. What inspired its lyrics?

THE CONTROVERSY (www.TheControversyBand.com) :“Queen of Chinatown” is the story of Aima, a woman trapped in a man’s body.

Unhappy with his daily life, Aima transforms himself at night, he becomes what he always wanted to be; his alter ego, a magnificent queen that everyone loves and respects, someone that people admires.

He shines, is free and feels loved. But there are always challenges, and fear and ignorance can make some people be very cruel. 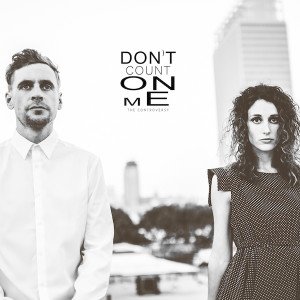 Haters finally bring Aima down, but that’s not the point of the song. His spirit, his will, the symbolism of his liberation, will be remembered forever by all, even when the lights go out. He goes happy – he did it.

He lived by his own rules not ashamed of who he was. He was the queen and everyone loved him. That was his life’s pride.

RYL: When a new album?

THE CONTROVERSY We finally have a date! Our second album “Don’t Count On Me” will be released worldwide on February 10th.

We are excited to share this new album with our fans since it’s a bit of a change from our first album “Real”. A couple of years have gone by since we released “Real” and we’ve gone through some musical evolution.

Our fans will find “Don’t Count On Me” to be a blend of Electronica and Psychedelia with a more dancy synth based approach, mixing electronic sounds and acoustic instruments, to achieve what we believe is a good balance between an electronic and more dancy sound while keeping the vitality and spontaneity of the live band. 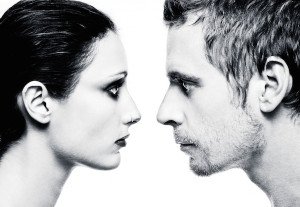 We are happy to see that the first single we released on Sep 26th from this album “Queen of Chinatown” (which you can get on our website for free) has gotten great response both from old fans, new fans and critics.

Hopefully the album will be received the same way!

RYL: Which is your favorite psychedelic song?

THE CONTROVERSY Hard question! We love Pink Floyd and we think that any song from “Dark Side of the Moon” is a masterpiece.

If we had to choose, a personal favorite is “Shine On You Crazy Diamond” (all 9 parts). 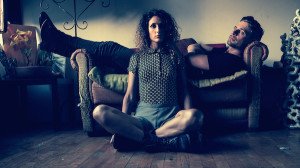 Also “A Whiter Shade of Pale” by Procol Harum is a song that gives us goose bumps EVERY time we listen to it. And “The End” by The Doors… Man, so many good songs!

THE CONTROVERSY : It varies.

We always write about how and what we feel at that particular moment, from something that makes us happy, a reflection on society, an emotion we want to express…

The inspiration can come from another song, a thought, an article, the news, a melody, a beat, a riff, a bass line… anything the moves us enough so we feel the need to write about it really.

RYL:  Do you remember how you wrote “So Low”?

THE CONTROVERSY “So Low” was one of the fastest songs we’ve ever written. It came to us while we were fooling around one day, Thomas started playing that chord progression while we were working on some other song and I started to sing “So Low”’s melody on top of his chords but saying “solo” instead of “so low” because I wanted for him to play a solo… Thomas thought I was saying “so low” and he stopped and said: “That’s great! Let’s record it”.

After laughing about the whole thing, we started working on it and the rest of the song came really fast. 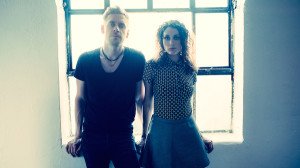 RYL: how do you write the lyrics of your songs? Is there a specific method?

THE CONTROVERSY : I do have my little tricks to get myself immersed in the world of every song. First, I think about what do I want to say with the song, what’s the song about and what’s the meaning and idea I want the listeners to get out of it.

Then I write words or sentences that evoke those feelings to me to help me guide my thoughts and as soon as some sentence that I like comes to me I write it down. I decide later if that sentence is going to be in the chorus, verse, or if I’m going to use it at all. If we have a melody for the song already (which is normally the case), I have the demo playing in my headphones on repeat.

I need peace and quiet to write, I need to zone out and immerse myself into the song, so that helps me.

I keep on switching the words around, finding synonyms or better rhyming words, constructing metaphors… until I have a verse or chorus that I love and can sing for Thomas.

He is always very critic so I really have to make sure I have something good before singing it to him if not I know he’ll say: “you can do better, keep on working”.

So we bounce the lyrics back and forth until we have something we both love and then I do a demo recording with the new lyrics and rearranged melody.

THE CONTROVERSY It’s hard for us to say, it’s hard to choose one verse over another since every song is like our child and we love them all the same.

But maybe the verse that both Thomas and I like the most is from a song that is still unfinished. It’s actually called “Don’t Count On Me” like our upcoming album but it’s not included on it. Its first verse goes like this:

Reckless moves with a covered smile,

Rootless faith on a saint man,

Headless horse in the promenade.

THE CONTROVERSY : The song “Real” is about facing fears and feelings you are not sure how to react to. It’s about exploration, about the fight between what’s right and what’s forbidden, the excitement and tingling sensation of doing the things you’ve always been told you shouldn’t do but also the fear and angst of doing those things.

RYL:  You will be touring very soon? Tell us more about it….

THE CONTROVERSYWe are working on our live show as we speak. We haven’t played live in over a year and we are aching to show the world our new live show.

The Controversy has gone through a deep change of sound and direction since “Real” and we felt we needed something different than before.

Our audience can expect a more dancy and electronica approach to the live show, more synths, lights… a full audio visual experience that we pretend to present in Los Angeles later this year.

THE CONTROVERSY Also a hard one! Every show is special and it’s hard to choose, but if we had to choose one it would probably be the private release party for our first album “Real”.

It was the very first time we played those songs for a live audience and we were both excited to share our work but also nervous to see how people would react to it. It was a magical night, we had a blast playing for such great audience, and after the show we hanged out with our fans, family and friends and we signed CDs until late at night. It was the culmination of all those months of ups and downs in the studio, of sweat and tears invested on our first work.

And all of the sudden it all felt more than worth it.

RYL: We give you 1 dollar to spend in music, which song would you buy?

THE CONTROVERSY: Without a doubt, it would be “Push The Sky Away” by Nick Cave and the Bad Seeds.

We are both huge Nick Cave fans, we’ve had his last album on repeat pretty much since it came out. Although we think the whole album is one of the best works ever recorded, we hold the song “Push The Sky Away” in a very special place in our hearts.

For us, is the go to song to cheer us up when we are down, to inspire us when we are uninspired, to give us strength when we’ve had a rough one, it makes us keep on going when we feel defeated, and it always amazes us with its beauty and perfection. It’s one of those songs that makes us keep on doing music for the rest of our lives.