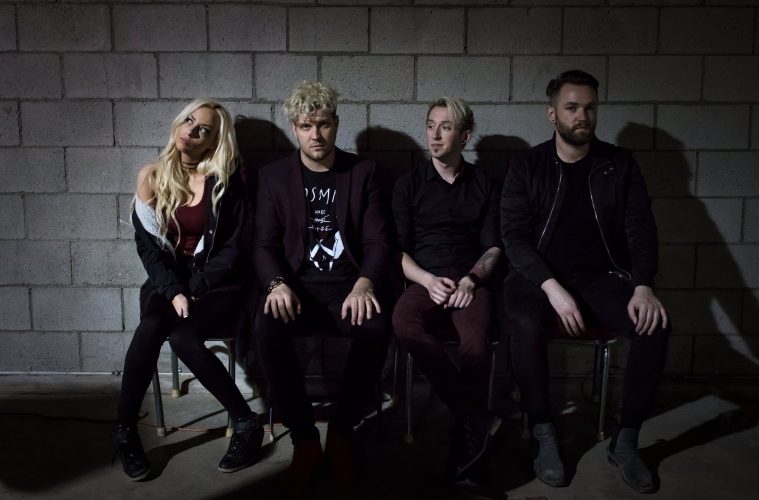 It happens through trial and error when auditioning vocal melodies for the first verse. A central theme builds off initial lyrical blocks that are enticed by emotions of the day, thoughts, etc… Sometimes nothing at all.
In your opinion, what is the most important thing in songwriting?
Open-mindedness, surrendered ego, knowing the notes in the scale but not overthinking theory, being uncomfortable. Having a voice, learning new chorus and arrangements, having a central lyric or idea that can transform a basic song into so something special. A past in songwriting.
Are you ever scared of revealing aspects of your personal life/experience to strangers through your music?
Lately, no but in the past maybe yeah. I feel like whenever you stop caring about the sound of your own voice is around when you stop caring about being venerable through music.
What is the best lyric that you ever wrote (the most meaningful for you)?
It’s really hard to say honestly, but I really do like:
“Use your heart as a weapon, know your love isn’t lost“
and from a new song called “Suitor” this lyric I like..
“Cause I’m a
Suitor baby but I don’t have much left
I gave away my last hand rolled cigarette
To the lady that loves me best
My heartbreaker for keeps
She’s my little
Heartbreaker for keeps”
What inspired “Trigger“, part of your latest EP (to be released 8/3) “Don’t Lose Your Head”?
Trigger was written in the morning before our studio session. It was one of those productive hangovers where emotions are still exaggerated but somehow benefit the creative. The song is about moments when you find something that has the potential to be great. Thinking about these moments or people that can totally change your state of mind, and the feeling of assurance behind it all.
And “Girl”?
Girl is a simple song about secret admirers and teenage crushes. I know that sounds lame but it’s totally about that and really is void much lyrical meaning however the verses preach to the younger I just moved to a big city crowd, the little challenges we face and the loneliness around a new arrival.
Do you remember the day you wrote “1985”?
This song was written over two days the first at a new rehearsal studio when trying out the PA and the second day was at the recording studio messing around with a different verse. It was one of those where the verse we had became the chorus.. which is always strange parting with your initial idea of the song.
What was the best moment of your career? And the most difficult one?
The best has been signing with a small label ! and the worse was when we were onboarding with new A&R and “industry people” who really have no clue about songwriting other than what they’ve snipped offline.
What are your plans for 2018?
EP is coming in August which will play nicely into the remainder of the year with something big planned in NOV. Touring and more promo is a must!
To conclude the interview a short Q/A session, please answer the first thing that comes to your mind: