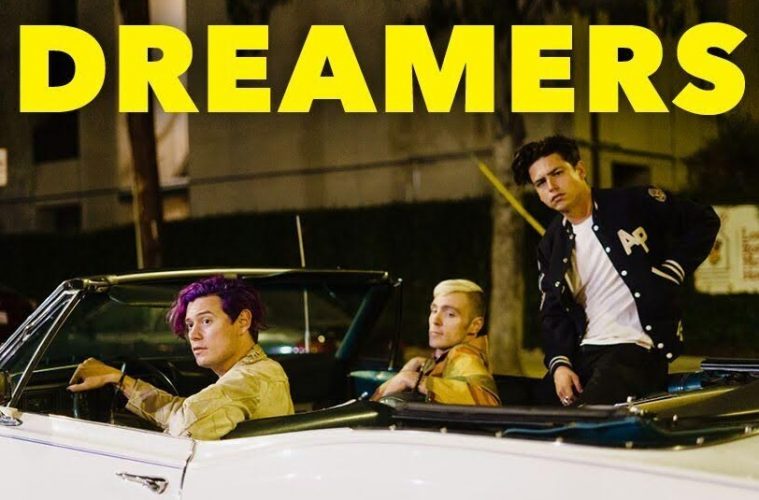 DREAMERS have a new single – “SCREWS”

rockyourlyricsSeptember 14, 20180 views
News0 views 01 min read
LA cosmic-rock trio DREAMERS have released the official video for their single “SCREWS” (currently #32 on Billboard Alt Radio Charts!) In contrast to the heaviness of the lyrics, the video depicts a fun night out on the town with some friends in the LA alternative music scene – Papa Roach, Joywave, morgxn, and Weathers, just to name a few!
“There are bands, songwriters, producers and people in every branch of the industry, and everyone is writing together, recording together and touring together,”DREAMERS say about L.A. “Ever since we moved here it was apparent that everybody just wants everybody to succeed and make great music.”
Following the band’s forthcoming EP FLY, out September 7th, DREAMERS will embark on a 32-date U.S. headlining tour kicking off September 13th in San Diego and ending in Los Angeles on Oct. 27. The tour features support acts Weathers, along with label-mate morgxn, and Rad Horror on select dates. 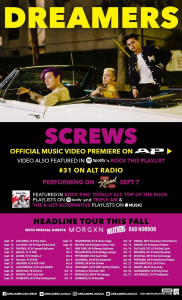