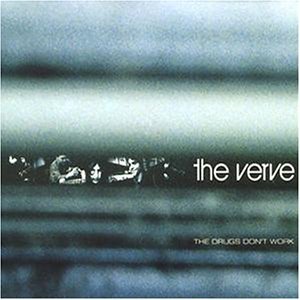 You all know one of their biggest success, bitter sweet symphony ; today we are going to talk about another big success “Drugs don’t work”

Funded by the lead singer Richard Ashcroft and the guitarist Nick McCabe, the drummer Peter Salisbury and the base guitarist Simon Jones the Verve rapidly becomes one of the most important band in the British Alternative Rock scene.

“Urban Hymns” is the most important album of the band that reaches number 1 position in the english charts and sells more than 8 millions copies.

The song ” the drugs don’t work” is talking about the life of Richard , especially after the loss of his father.

Richard always described this as a love song: