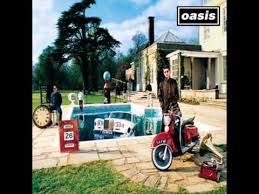 D’You Know What I Mean? Oasis

Today’s song is one of the biggest hits of the British Band Oasis.

It has been written in 1997, 26 years ago, by Noel Gallagher and released as first single of the album “Be Here Now” (the same of “Stand by Me”).

The song talks about the young life of Noel (and his brother we suppose), where they were not known to the public and free to do and go wherever they wanted.

The famous (everybody we know is crazy about it 🙂 ) verse “Coming in a mess, going out in style” is really describing those early moments.

In our opinion the song is also about not being disillusioned about life and what it can bring to you; you will have to live it , there are no other truth.

In a verse Noel also talks with The Maker (= God) and , probably, it uses him as a metaphor of the fact that even the most powerful entity in the world is not known to many….so it is success……

Only your friends know who you truly are…..