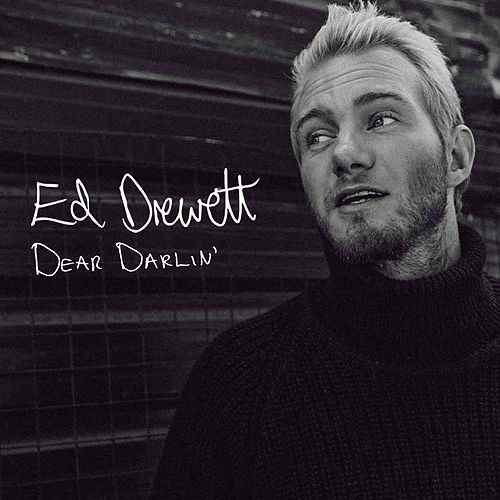 Chart-topping singer-songwriter Ed Drewett today releases his version of one of his most successful creations, ‘Dear Darlin‘, the latest musical offering from the album “Ten“, which is available for pre-order now via Universal Records.

Ed’s Dear Darlin’ is one of the songwriter’s favourite creations, with fans of the track spanning generations with its take on the lost art of writing a love letter. Ed’s version is stripped back yet still retains the energy and heart felt on Olly Murs’ popular version, which made it into the top 5 of the UK Singles’ Chart in 2013.

Speaking on the track, Ed said: “It was the first time I’d written with Olly and we just got on, being two lads from Essex. We started talking about love and the idea came about to write a song as if it’s a letter. It’s one of my proudest songs, because it crossed a lot of bridges – it felt like we wrote a song that got everyone. I was proper chuffed with that.”

Having penned massive hits for the likes of One Direction, Olly Murs, Jonas Blue, Craig David and many more, Ed Drewett is understandably best known for his songwriting. “Ten” will see him step into the spotlight with his own original tracks alongside some of his best-known creations, which include One Direction’s ‘History’, Jonas Blue’s ‘Mama’ and Olly Murs’ ‘Dear Darlin’, in the stripped-back acoustic style in which he originally wrote them.

As a songwriter, Ed Drewett’s 6 biggest hits have amassed nearly 1.3 billion streams. His first taste of chart success came in 2011 when he penned The Wanted’s No.1 smash ‘All Time Low’, following with ‘Lightning’ and the multi platinum ‘Glad You Came’, which reached the top spot on both the iTunes, and US AirPlay charts.

Since then his impact on the pop landscape has continued to grow, going on to write for Olly Murs (‘Dear Darlin’), One Direction (‘Best Song Ever’, ‘Steal My Girl’, ‘History’), Little Mix (the BRIT nominated ‘Black Magic’), Jonas Blue (‘Mama’, ‘Rise), Britney Spears and Craig David, amongst many others. Recorded at Ed’s house, “Ten” gives pop fans a chance to hear some of their favourite songs as they’ve never heard them before, and get into the head of one of world’s most successful young writers.