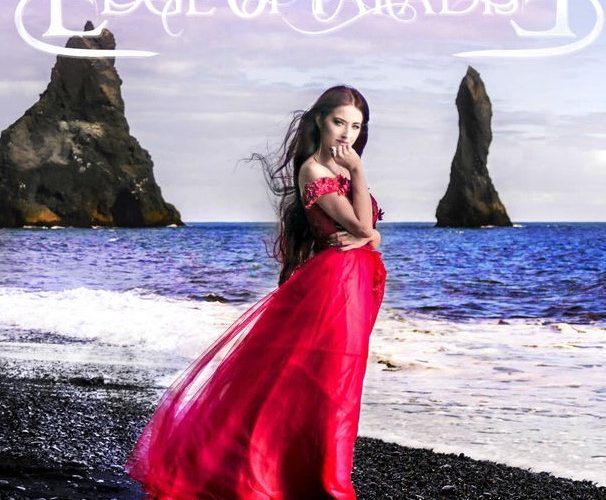 “Face Of Fear” encapsulates, in grand form, the prior evolution of Edge Of Paradise, as the band turns a page to a whole new world of sound, revealed in the coming months of 2019, in the form of their 3rd album ‘UNIVERSE‘.

Singer, Margarita Monet states; “I want to dedicate this song/video to a childhood friend of mine who took his own life, and to all those who battle their inner demons. There is a lot of hatred in this world, and the wide reach of internet and social media enables and disguises those behind it. This darkness about our society plays a big role on our mental state. If you experience negativity of others, just remember that all actions are rooted in love or fear, and hate is the face of fear! We can not let this effect us, instead we have to break the cycle and rise above it, be good and support one another regardless of race, social status or place of birth and remember that all life is worth fighting for!”

Sponsored by Souls Of Rock Foundation, and directed by Val Rassi, “Face of Fear” video was filmed on location in the grandiose landscape of Iceland, in hopes that the beauty and magic of the planet we live on, can inspire and empower!  The band chose to film in many vast remote locations, regardless of the difficulty in getting there. Both the film crew and band members embraced this challenge! For that reason, the collective decision was made to refrain from making a video full of special effects, and to focus on the massive, awe inspiring Iceland landscape, captured by our drone pilot and photographer Darren Lafreniere!

Edge of Paradise moves forward into 2019, featuring new members, both in the band and throughout the production team and are excited to share “Face Of Fear” as the band transitions to the new world of the upcoming album ‘Universe’!

To enter a giveaway of FACE OF FEAR 18X24  Metal Shifting Image poster, just leave a comment in the YouTube comment section. Winner will be picked at random and announced Jan 27th on the band’s Facebook page: https://www.facebook. com/edgeofparadiseband